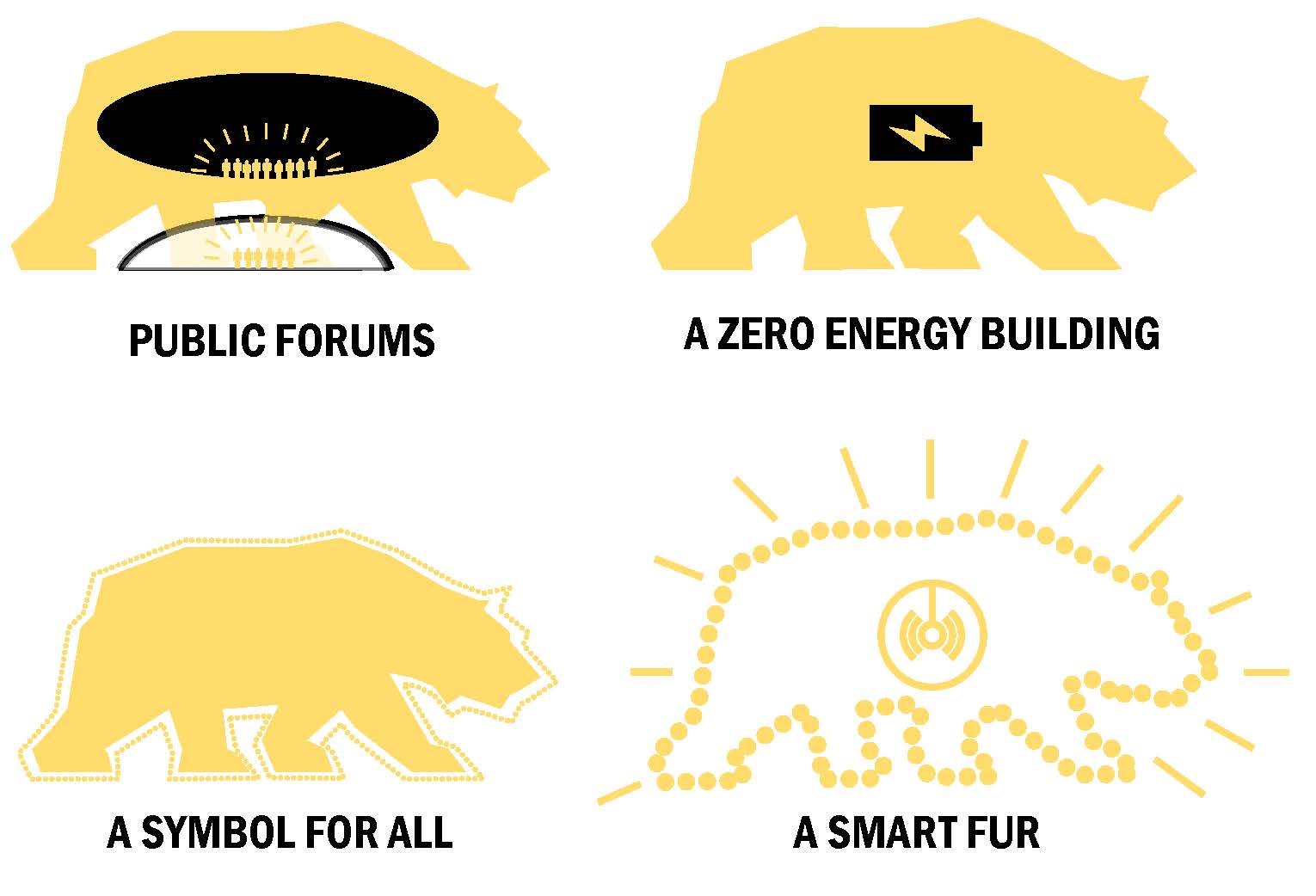 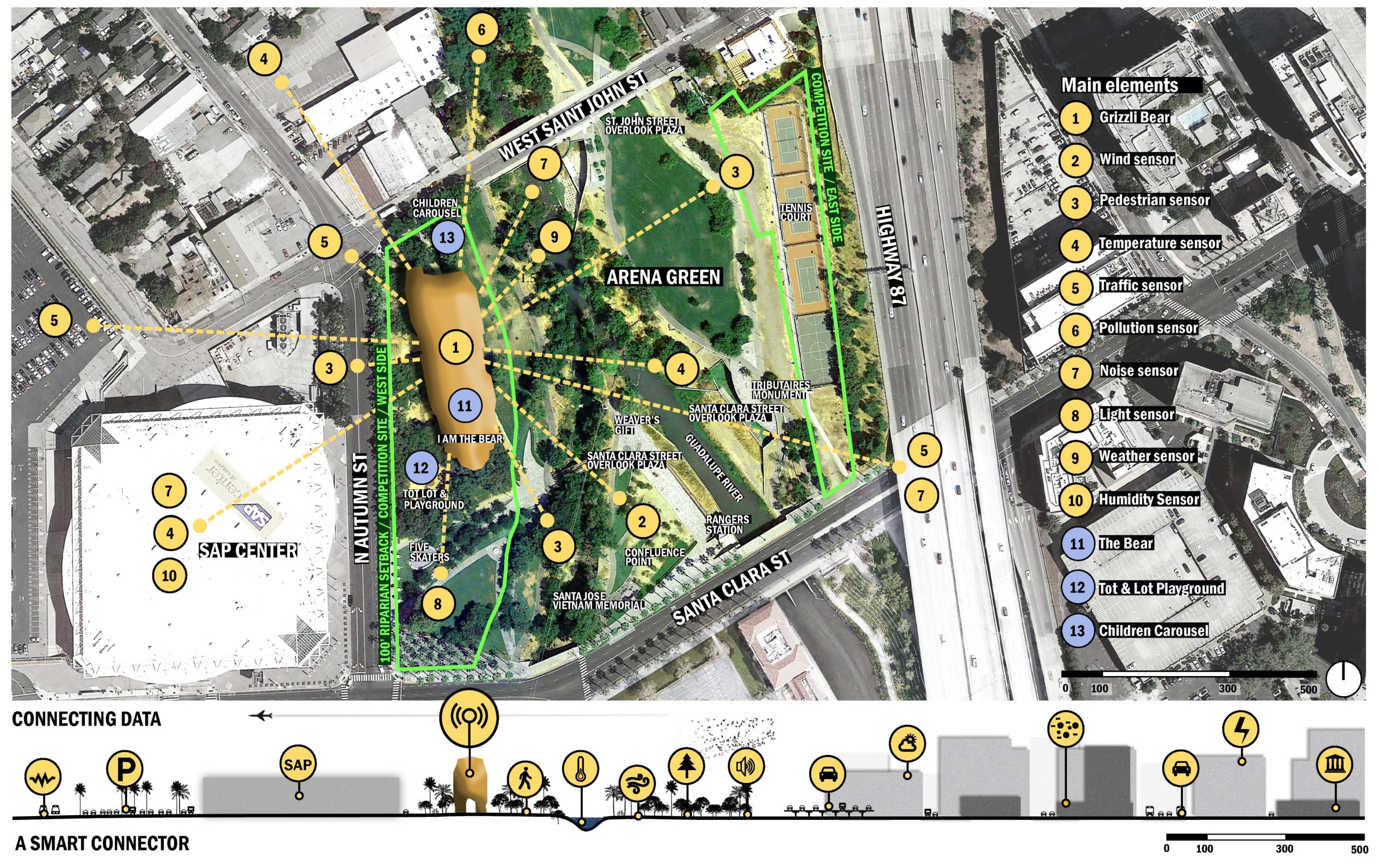 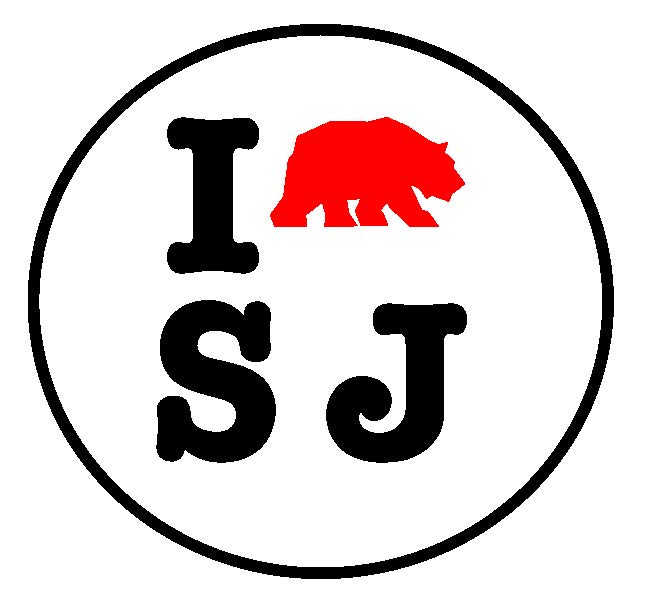 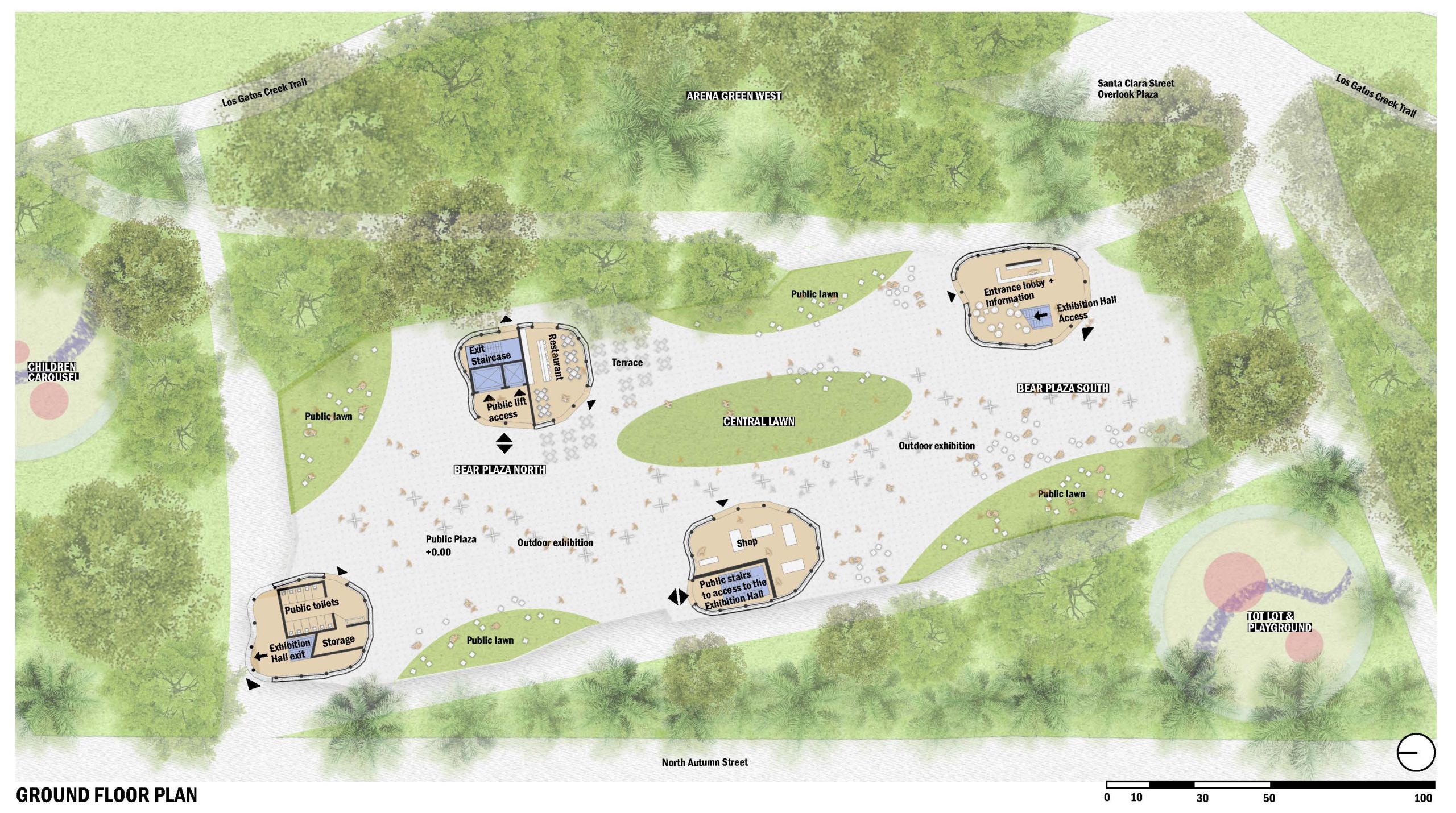 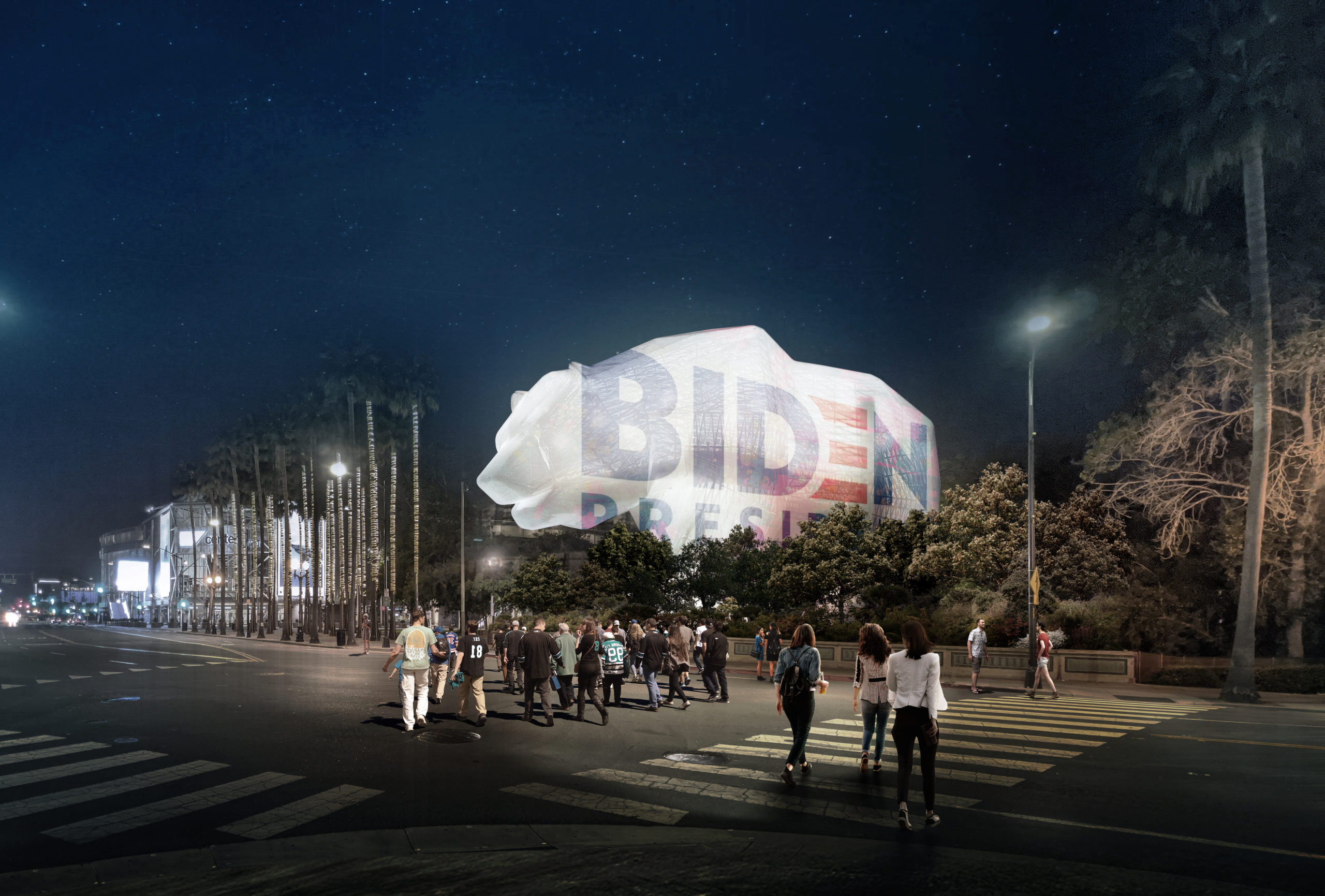 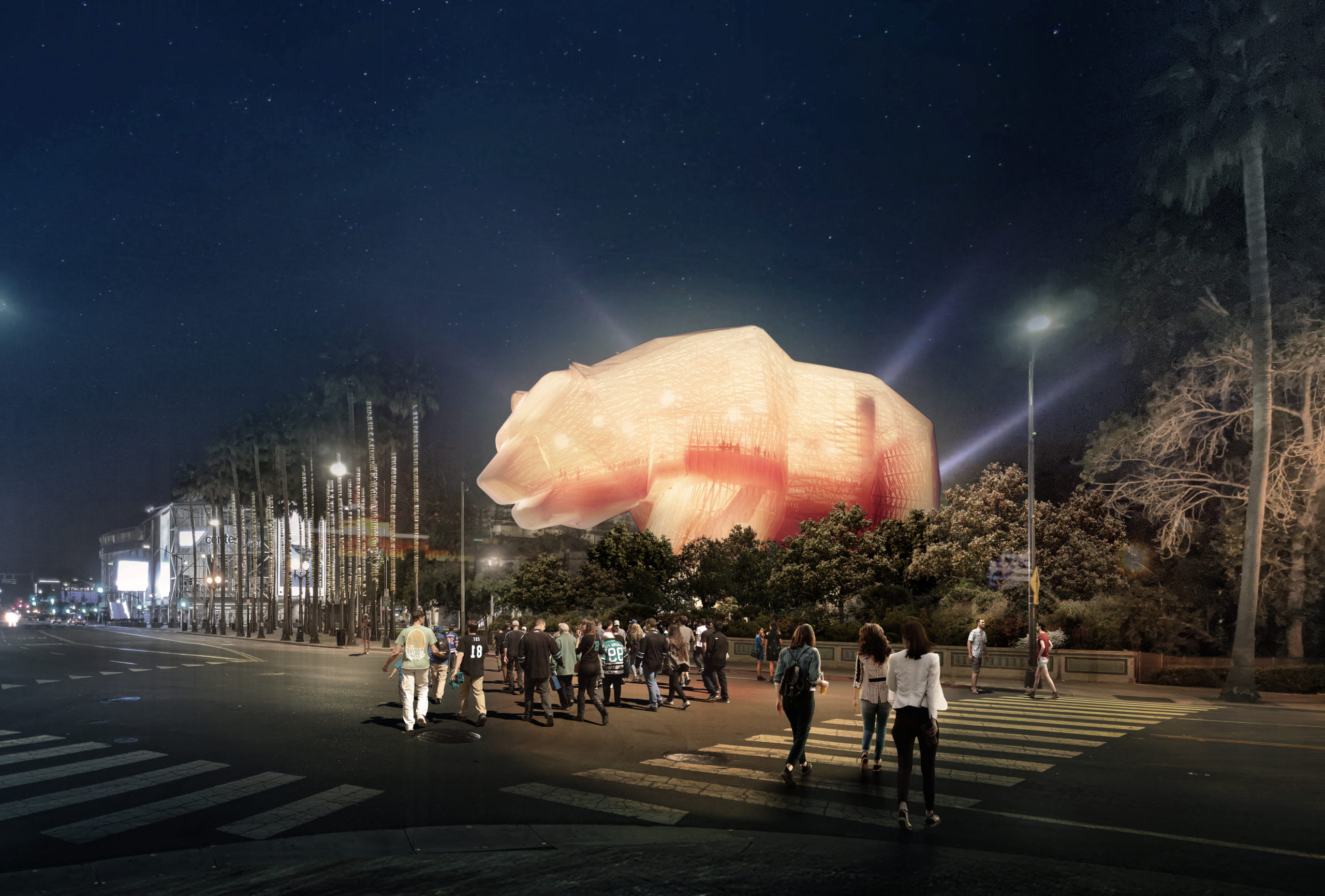 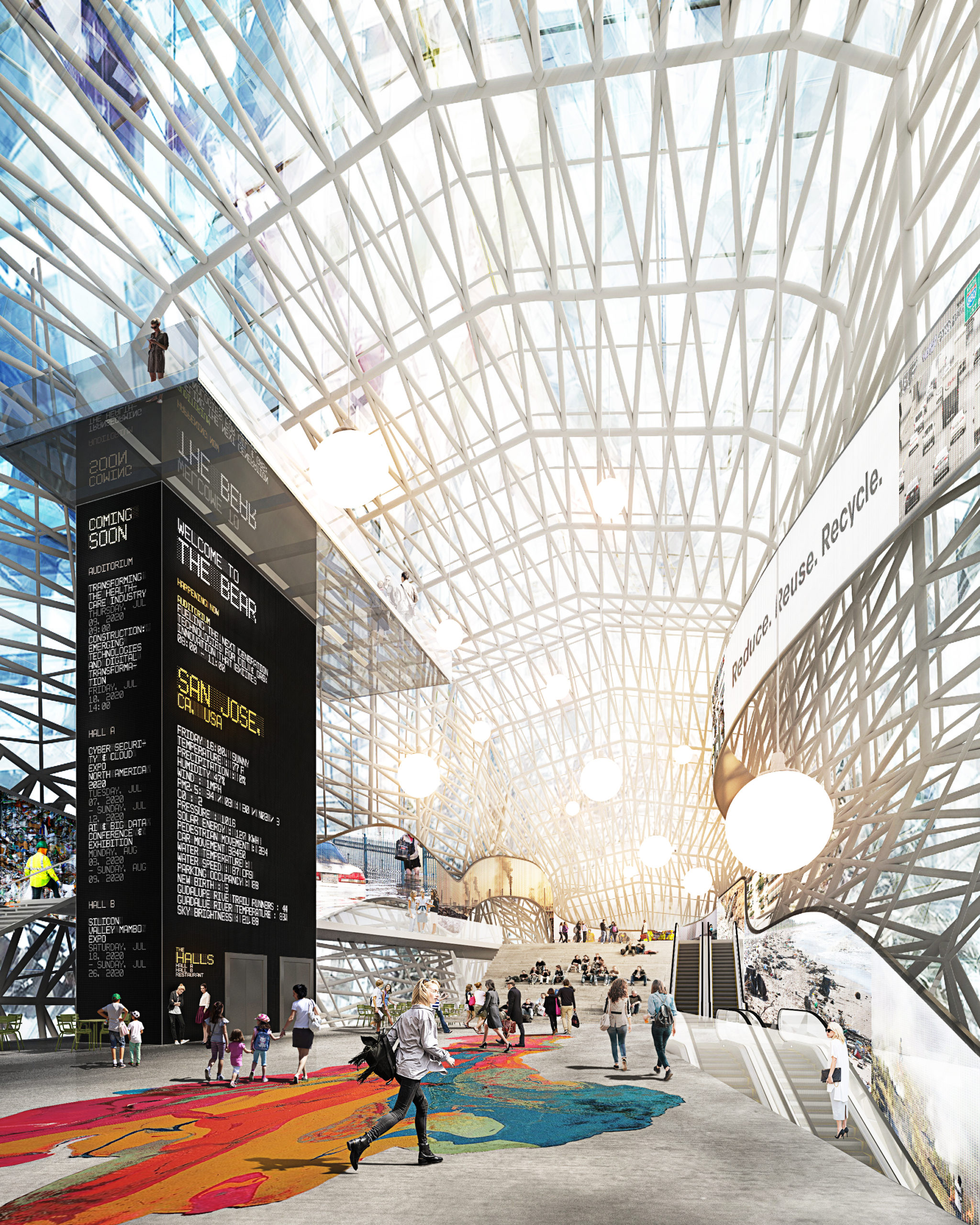 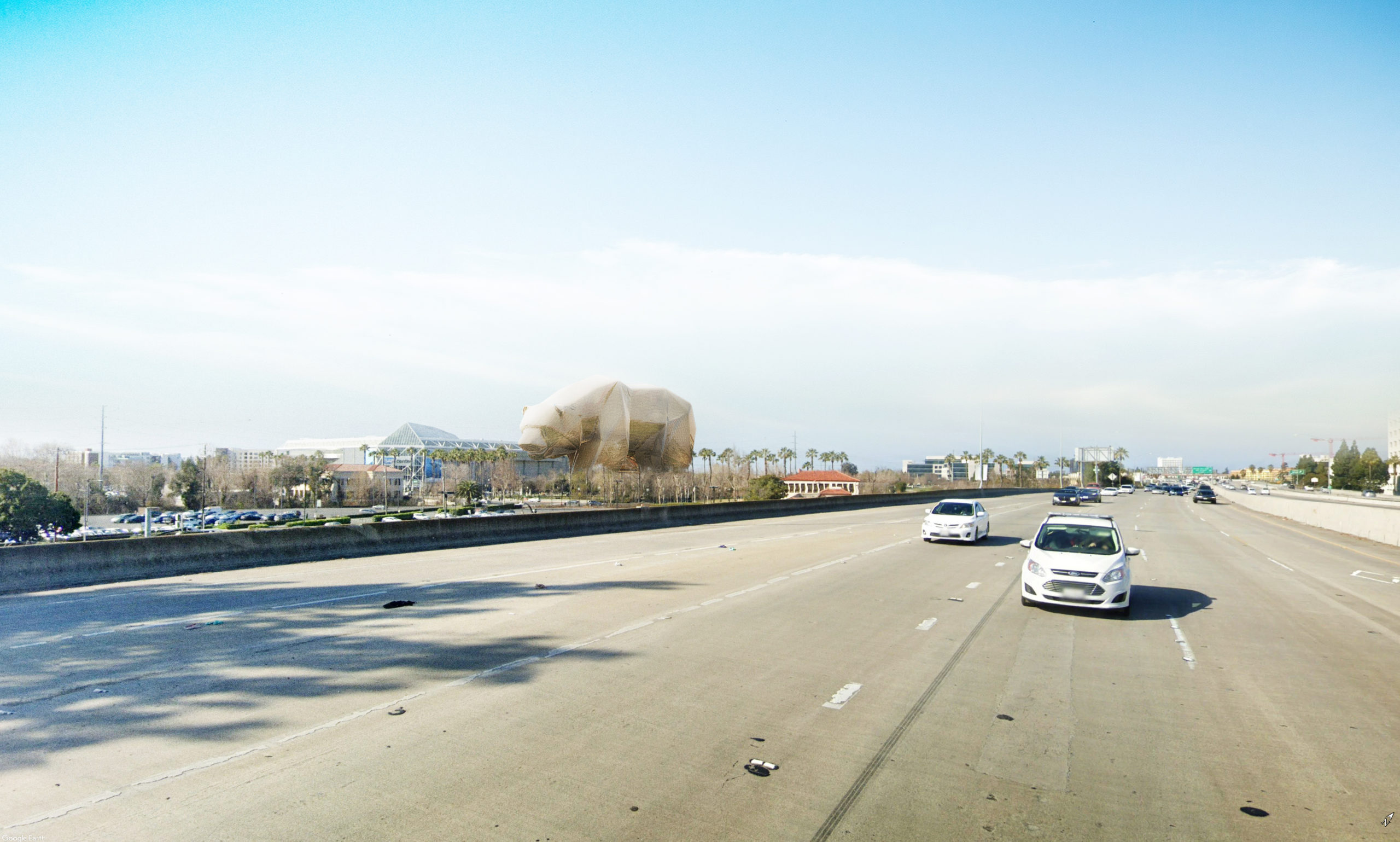 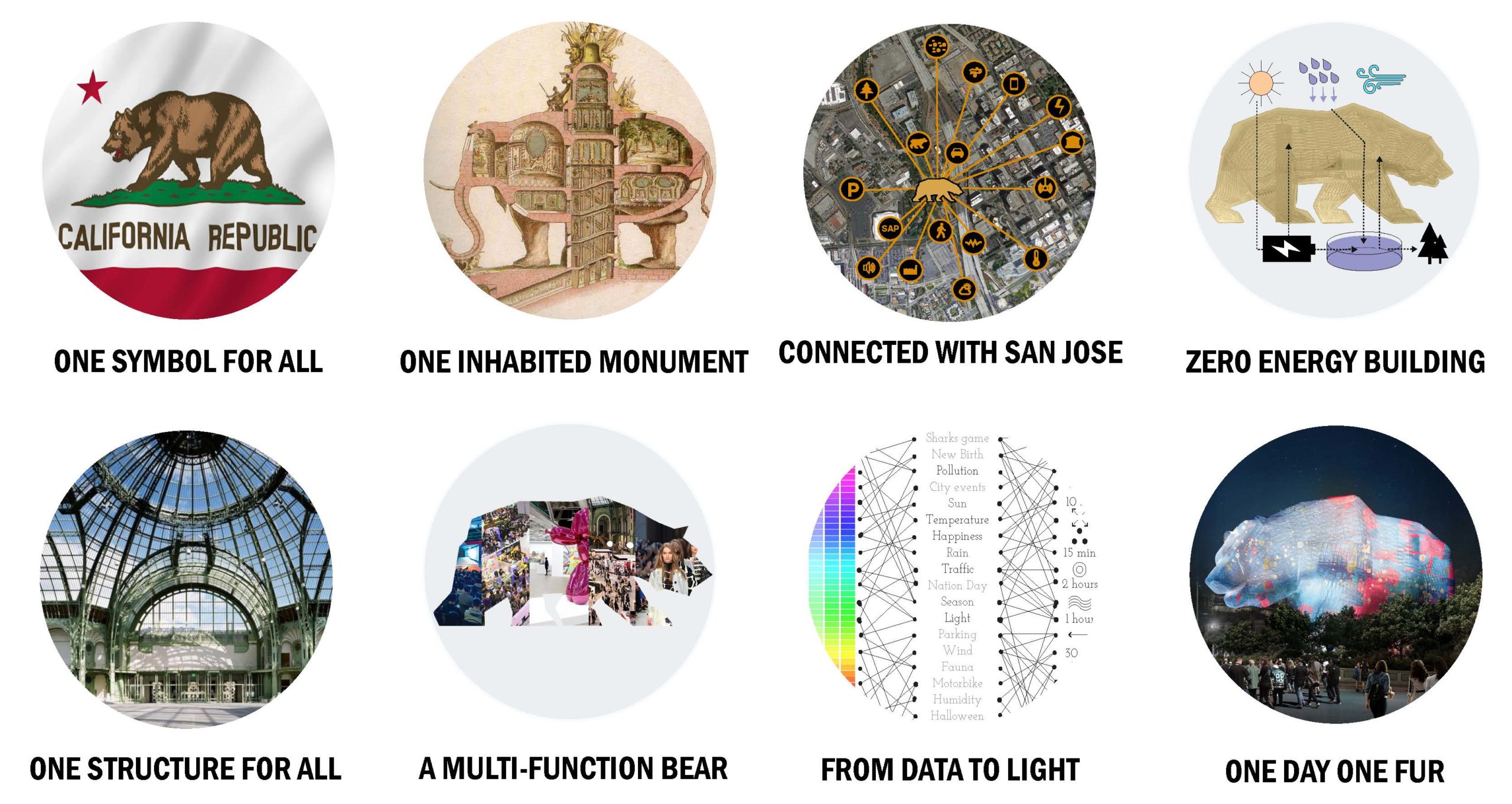 I AM THE BEAR is a monument inspired by the famous Grizzly Bear of California. This strong symbol represents the community of San Jose, wherever you come from, your age or culture, you can identify with this bear. As a popular symbol it is also easily communicated to the rest of the world.

With a scale of 20x its original size, the bear becomes a fascinating object. During the day its skin, made of solar panels, looks like a noble sculpture of bronze and silver. By night, the bear turns into a gigantic lantern composed of a network of LED lights, releasing as imagery all the information it had gathered during the day, it becomes a mirror of the past hours’ activities. Data is collected by sensors throughout the city, transformed visually and allowing the giant bear-screen to compose a new image every day.

Here technology is used to make the population sensitive to their environment. A communication tool, an indicator of pollution, noise, heat, traffic, wind, rain, movements in the park, events…it helps to visualize the impact of the community’s actions. A playful tool at the service of the city, waiting for night to reveal a new lighting composition, letting the visitors learn more about their day.

On the scale of the park, the monumental structure proposes a new canopy under the belly of the bear. This area becomes a public plaza, with cafes, shops and services housed within the bear’s four paws. The relationship between the legs, the existing landscape and the new plaza is very dynamic and respectful, with a minimum footprint on true ground.

The large column-less space connects with the ground floor offering the possibility of hosting a large number of events. Inside the bear, a large exhibition hall is used to explain the processes of the transformation from sensory information to data, and then to light.

The bear’s four legs are used for vertical circulation and offer a strong level of accessibility to each part of the project. I AM THE BEAR stands in the middle of the city as a sustainable and resilient structure. It becomes a new member of the community, living among each member.