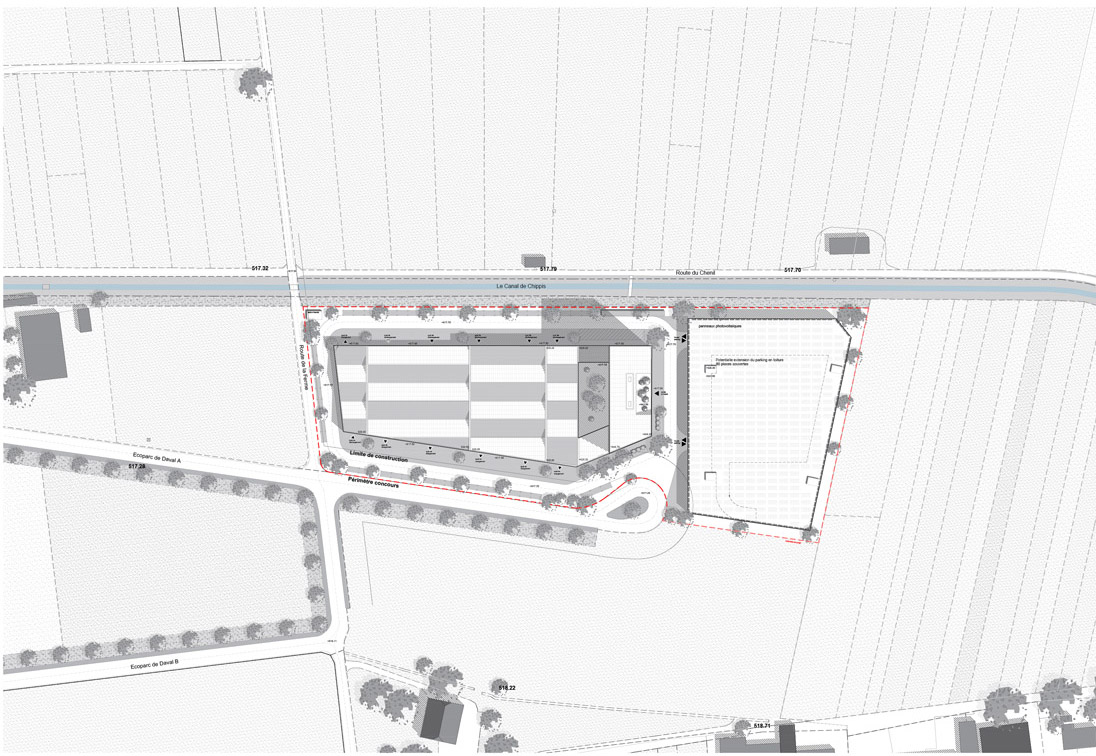 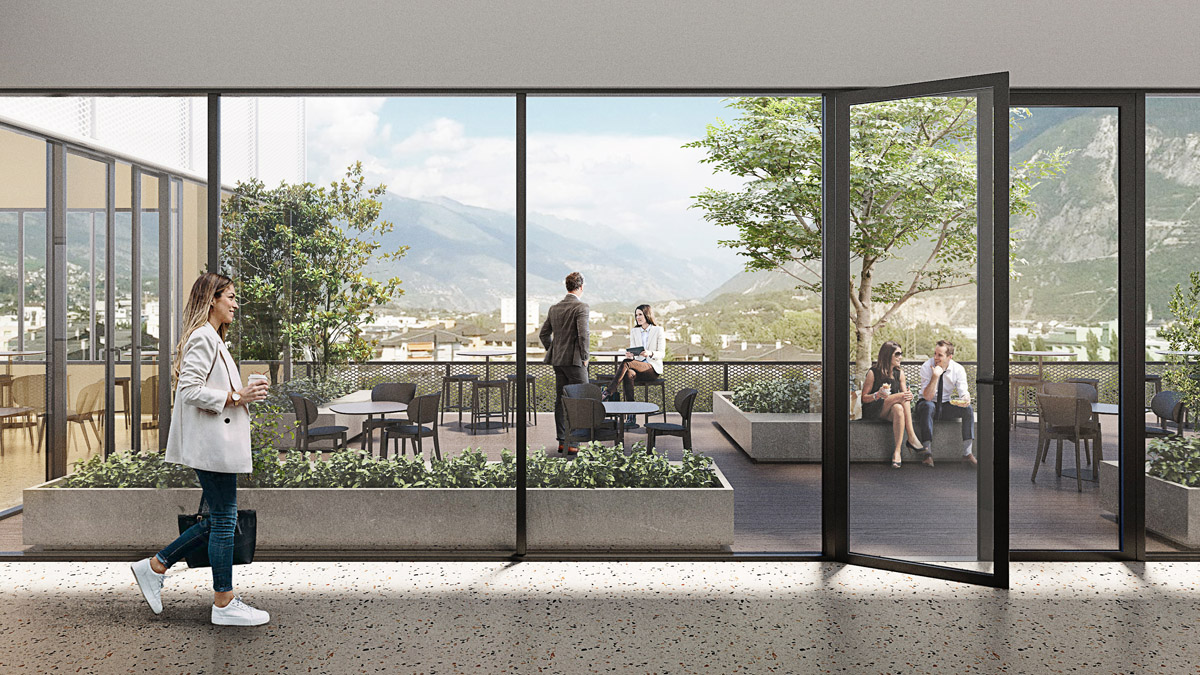 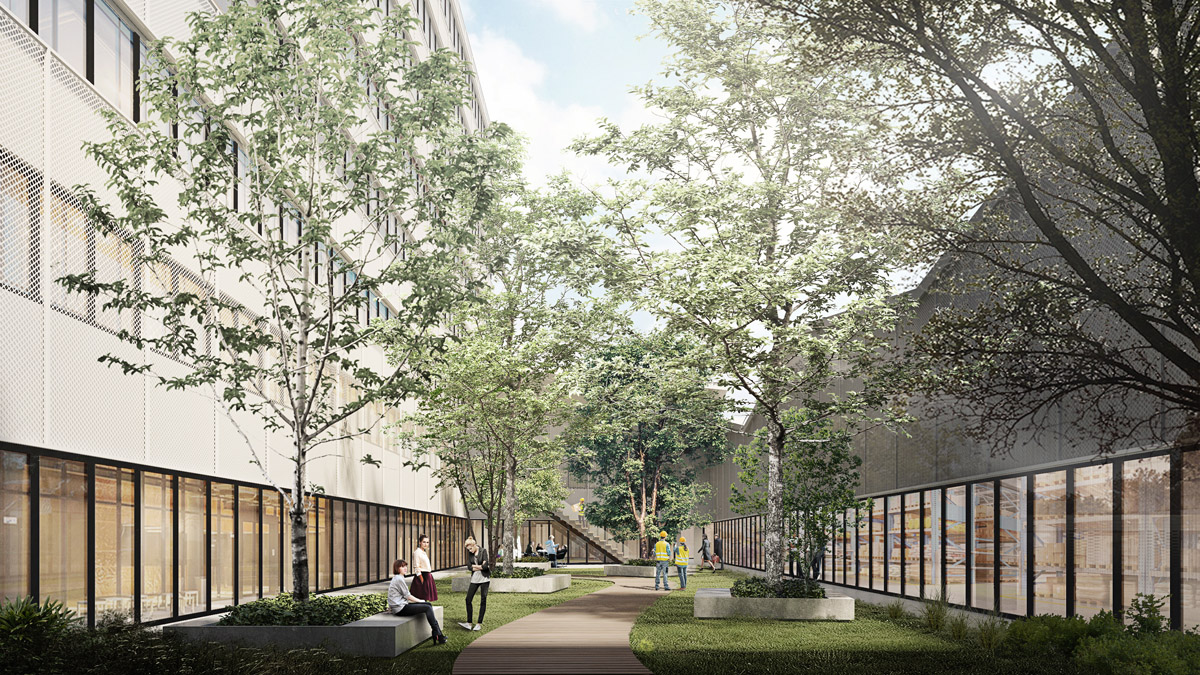 Built with integrated solar energy, natural ventilation, light, and fluid systems of soft mobility, the “Oiken Solaris Center” is proposed as an environmentally sound design icon. The competition entry project was composed with a large program diversity and a strong identity capable of conveying the global philosophy of Oiken.

Solaris is made of two volumes; the first, arranged around a garden that links two main structures. Facing this, the second is a large slab which accommodates the car park over two floors, open and surrounded by a green facade which contrasts the industrial character of the place and dialogues perfectly with the surrounding nature. The typological choice of developing large masses makes it possible to equip all roofs with solar panels and to produce onsite a significant mass of energy.

To accommodate the solar panels on the roof of the warehouses, a series of sheds are installed and adapted, their chosen orientation creates an alternation of slopes creating interstitial spaces and bringing natural light to the center of the storage spaces. This set of roofs also makes the volume richer, allowing for better natural ventilation and different perspectives depending on the point of view of the observer.

The warehouses and programs that require direct access to the outside are directly linked to each other. While vertical circulation composed, among other things, of two staircases intensifies the links between the ground floor and the first floor, and an external staircase quickly connects the workshops and outdoor spaces to the changing rooms.

All office spaces are stacked on top of each other, freeing up a large floor area and densifying the building. For these spaces, the panorama offered by the region becomes an important spatial element. At the foot of the tower, a patio allows articulation within the building. It brings light to the adjoining work surfaces, directly relating to the entrance, it reaffirms the social, environmental and identity of the project. It becomes a place of meeting, contemplation and work and plays a signage role to help with orientation.