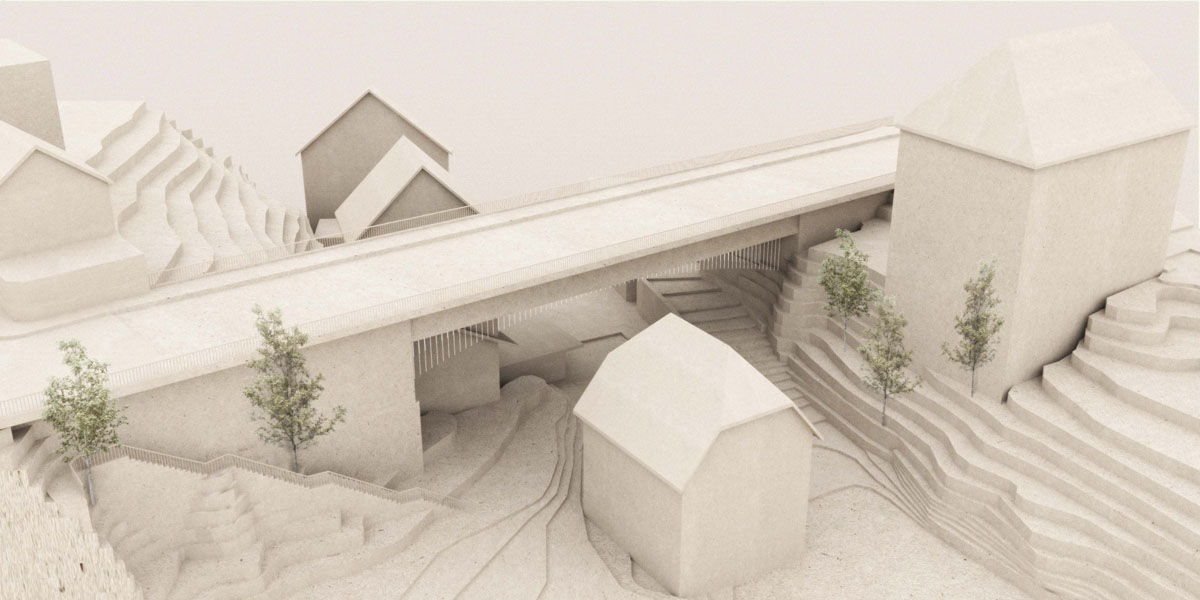 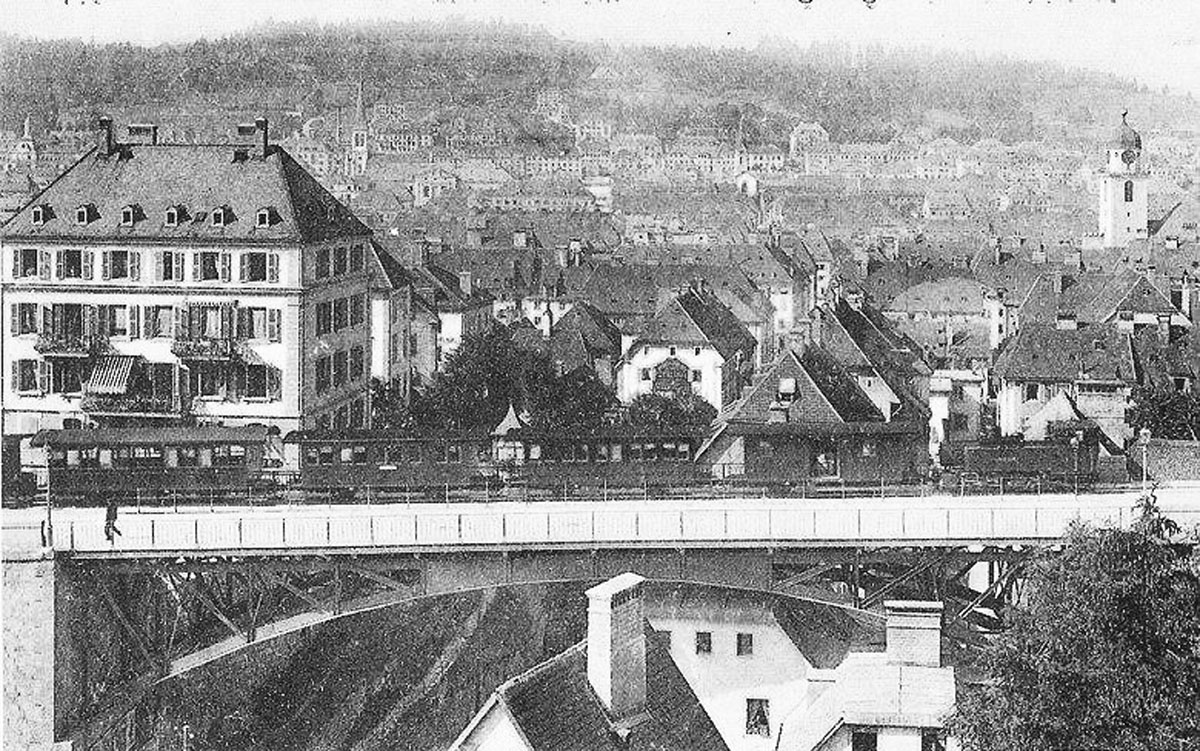 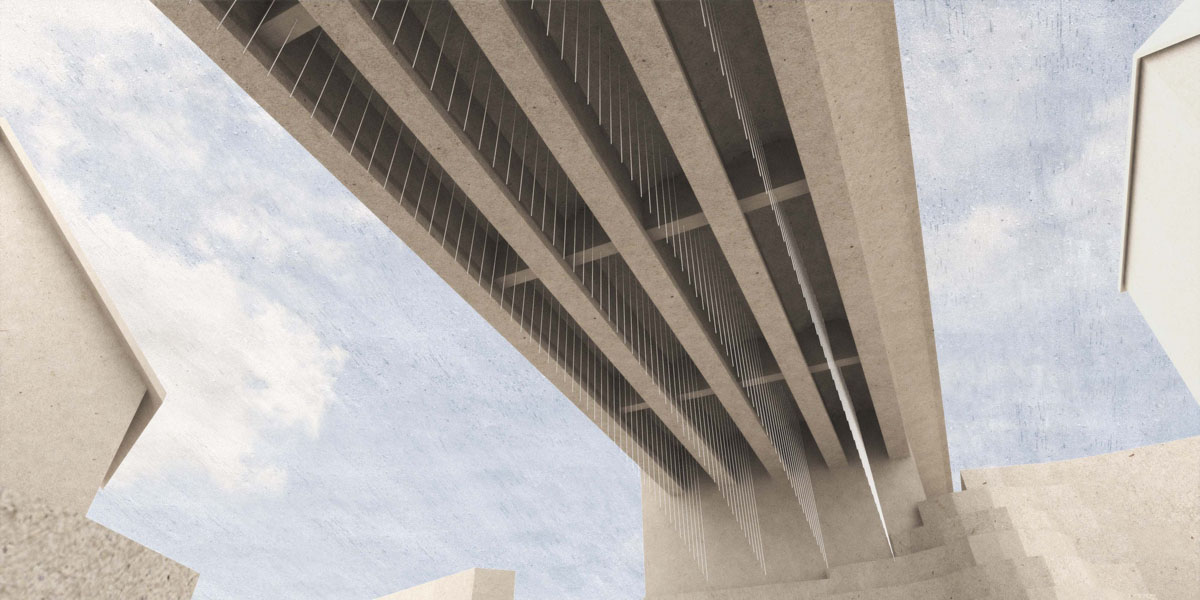 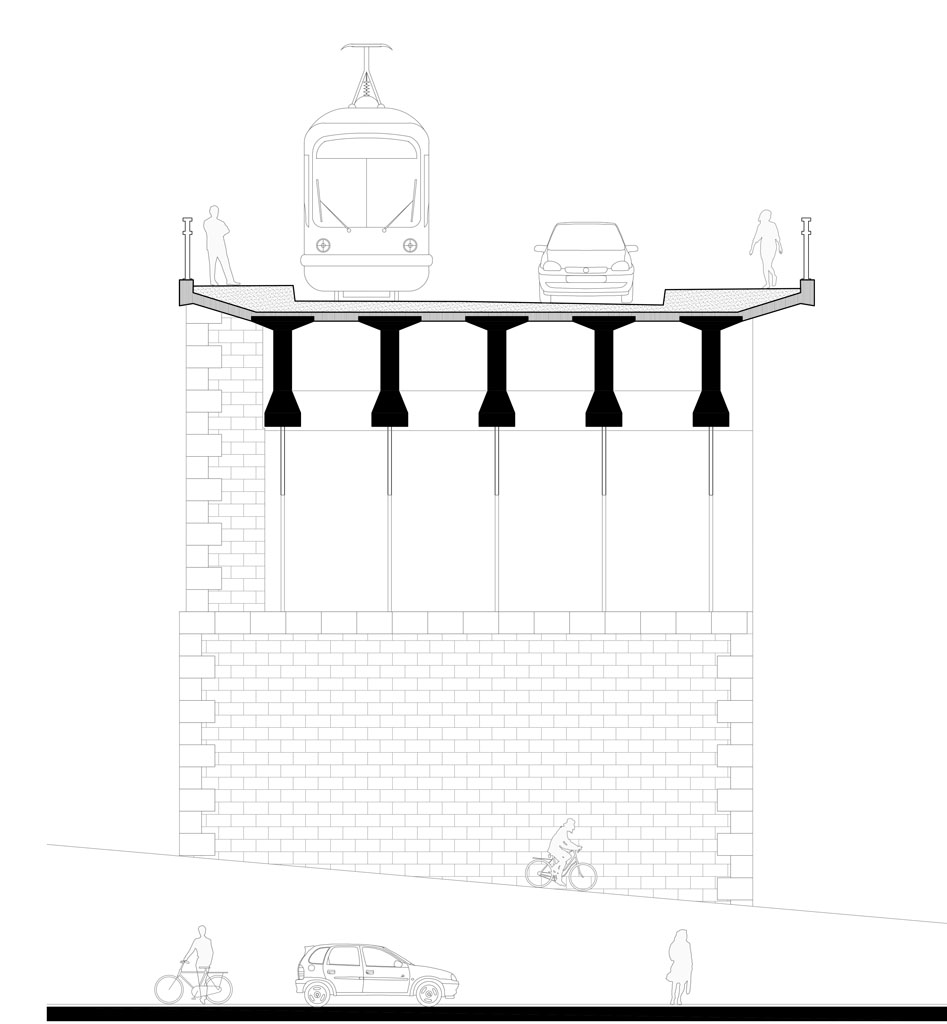 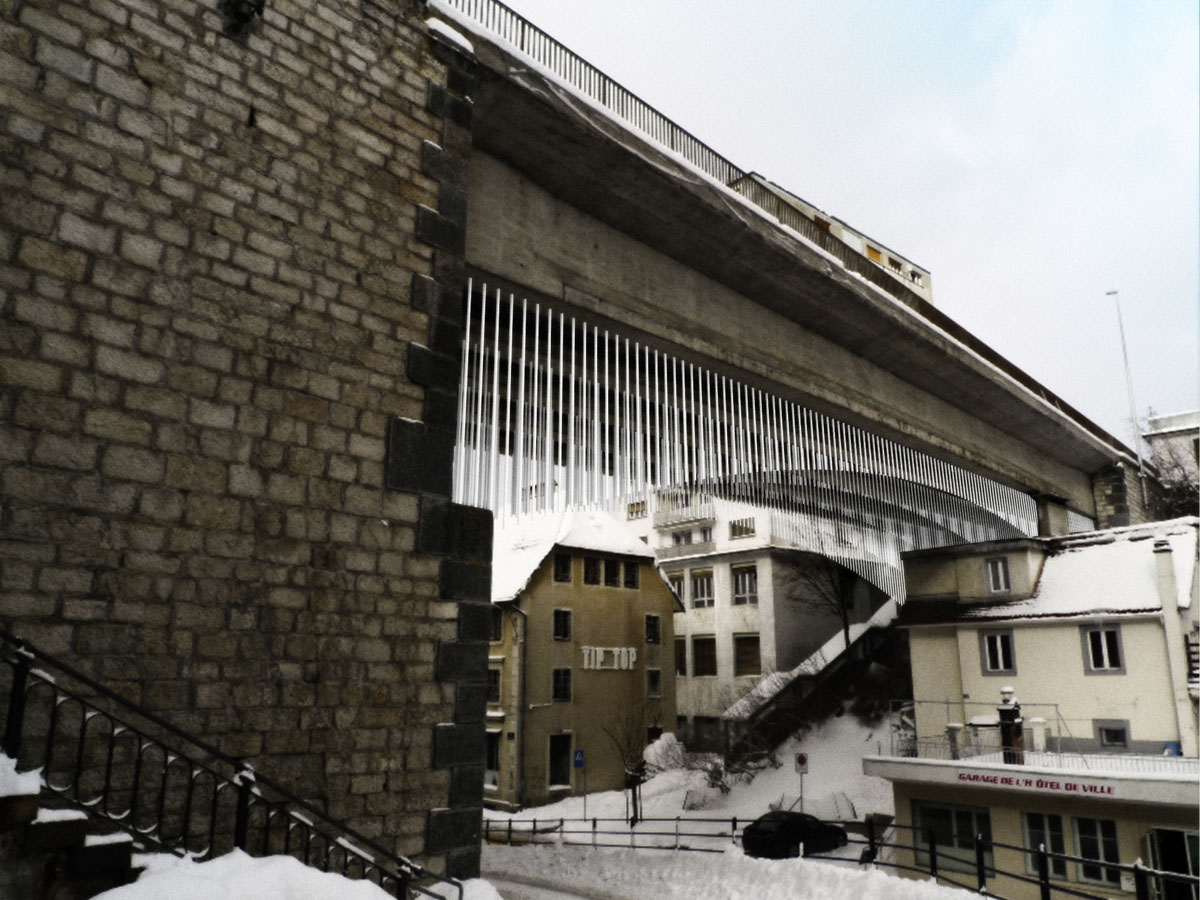 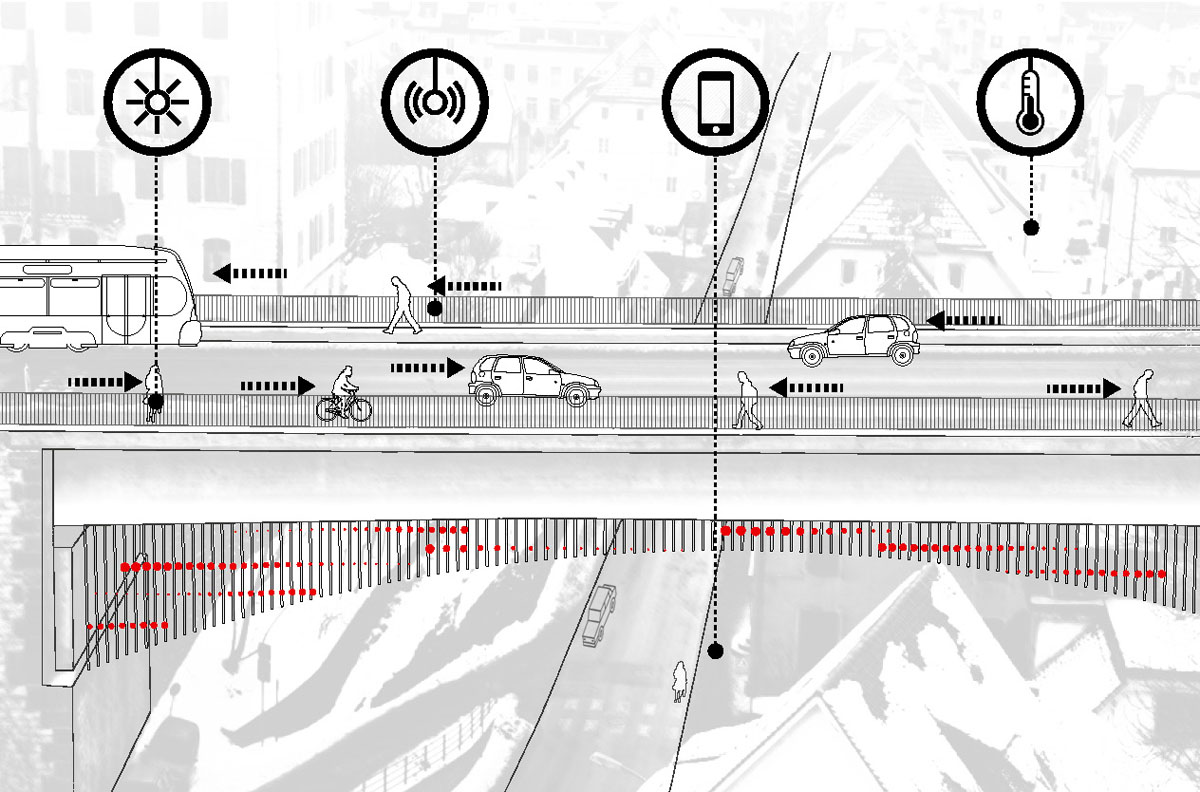 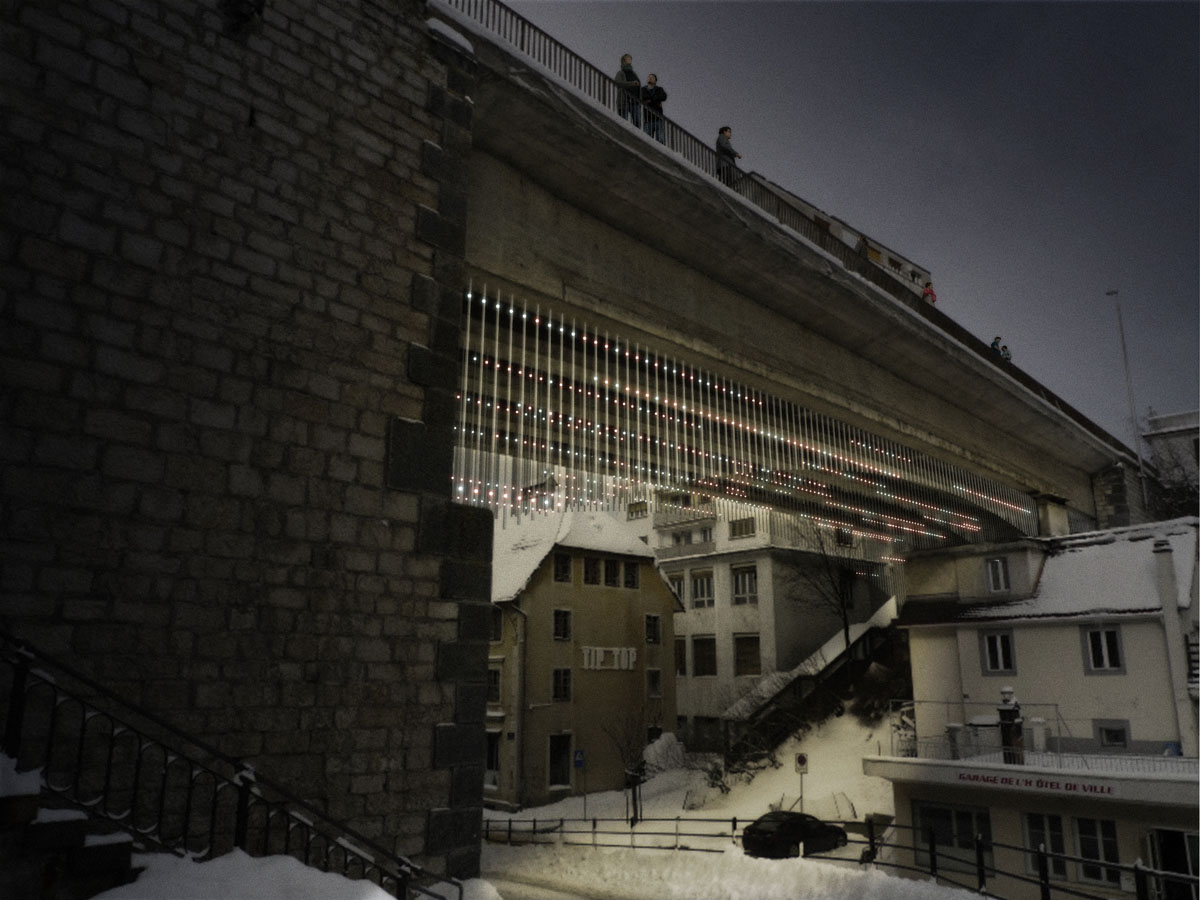 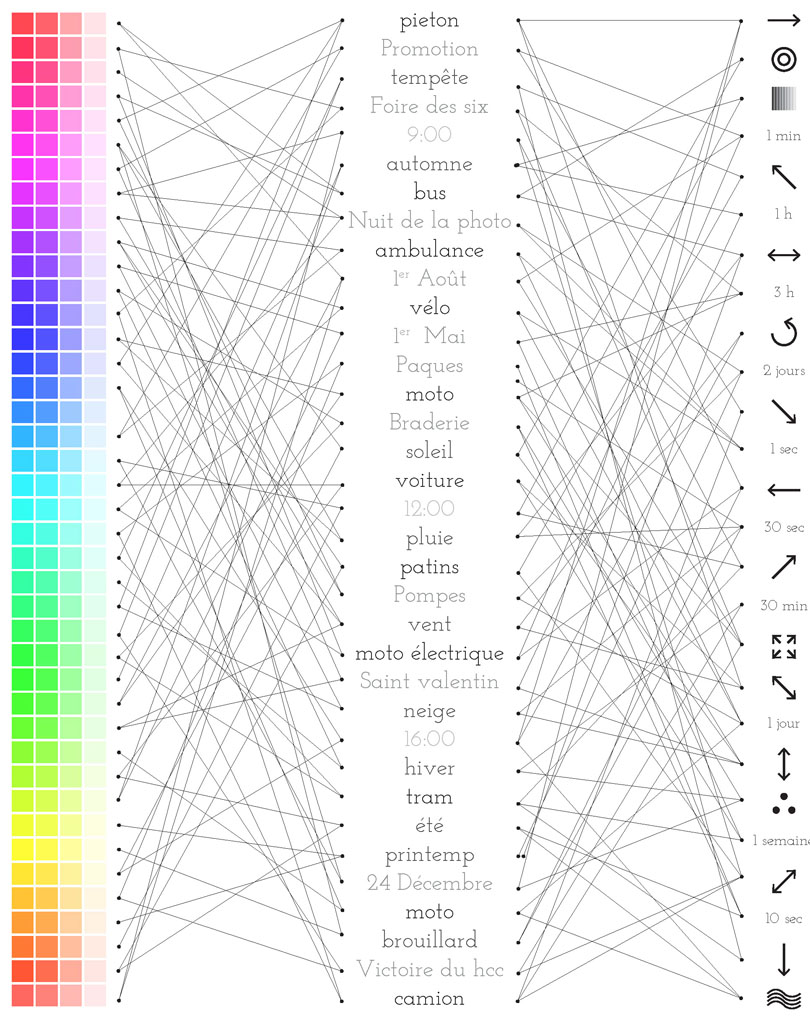 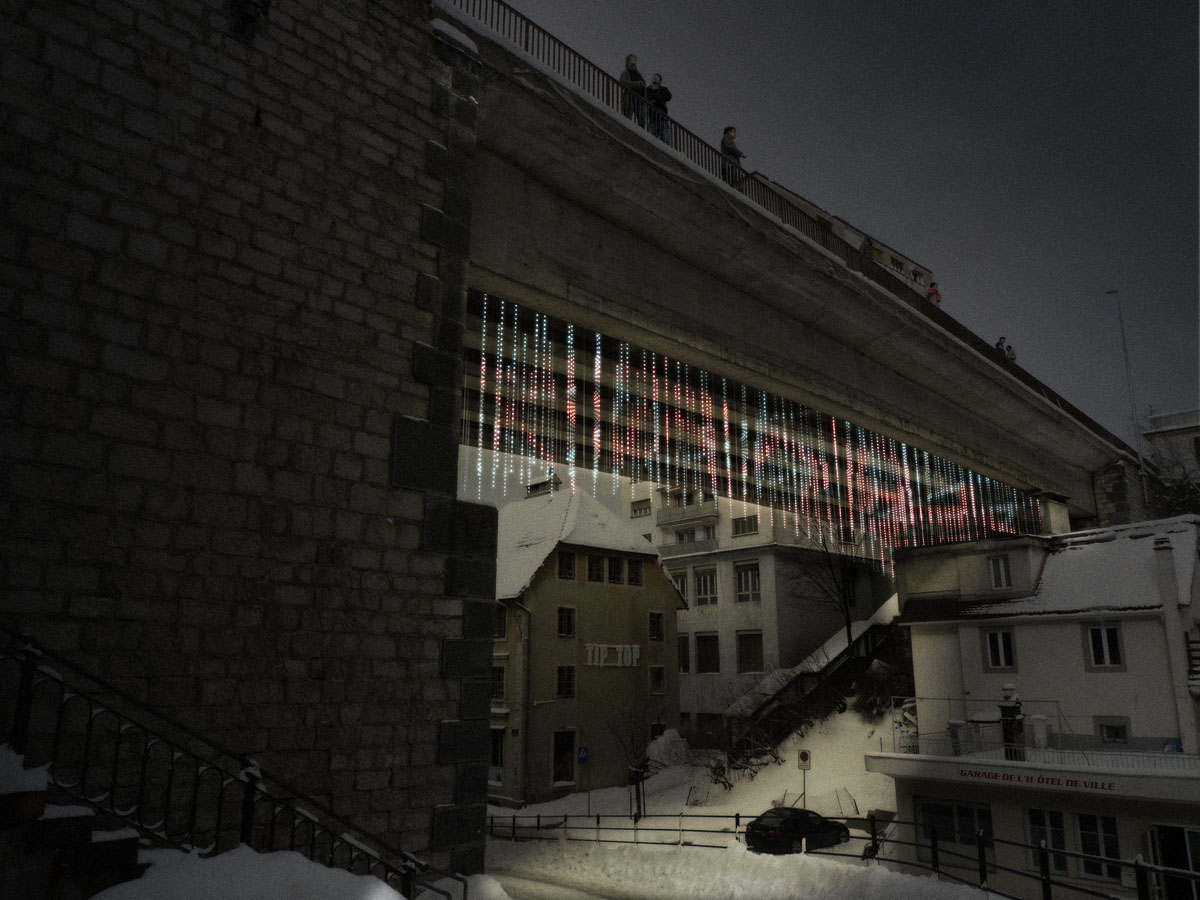 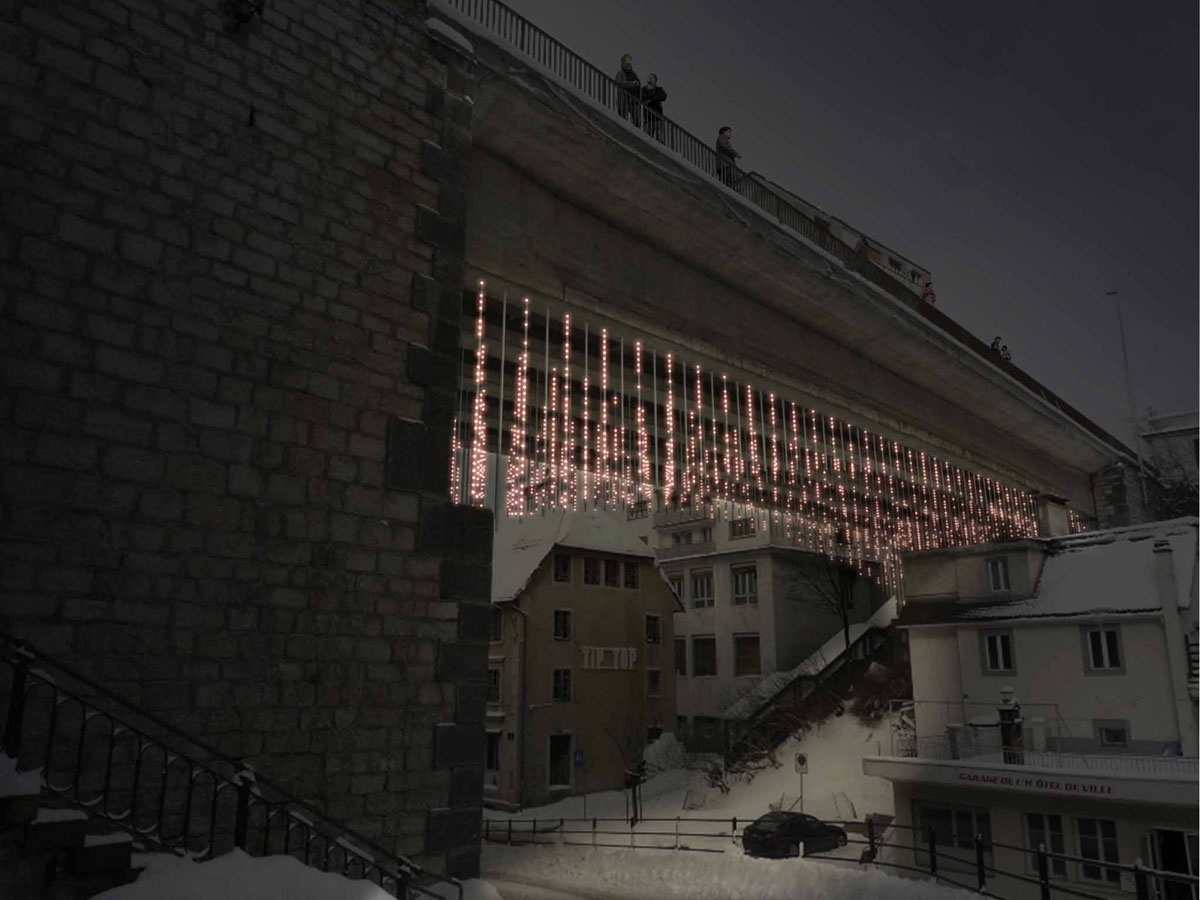 This project aims to highlight the industrial heritage of La Chaux-de-Fonds, located in the canton of Neuchâtel, Switzerland. By reproducing the shape of the old arches, the insertion of contemporary materiality creates a dialog between the preset and the past.

At night, the bridge becomes a tool for social interaction, where residents can communicate via SMS messages that modify the luminous screen, telling the story of the instant by also representing the paths of the people crossing the bridge.

After Geneva and Lausanne, La Chaux-de-Fonds is the third largest city in the French-speaking part of the country. Founded in 1656, its growth and prosperity are mainly bound with the watch making industry. Today, it is still the most important center for watch making in the country, known as “Watch Valley”.

Almost completely destroyed by a fire in 1794, La Chaux-de-Fonds was rebuilt following a grid street plan, which was, and is still, unique among Swiss cities. This very special urban design was deemed “city-factory” by Karl Marx. Famous architect Le Corbusier, writer Blaise Cendrars and car maker Louis Chevrolet were all born there. Renowned center of Art Nouveau. In 2009, La Chaux-de-Fonds and Le Locle, its sister city located only a few miles away, were jointly classified as UNESCO World Heritage for their exceptional universal value.