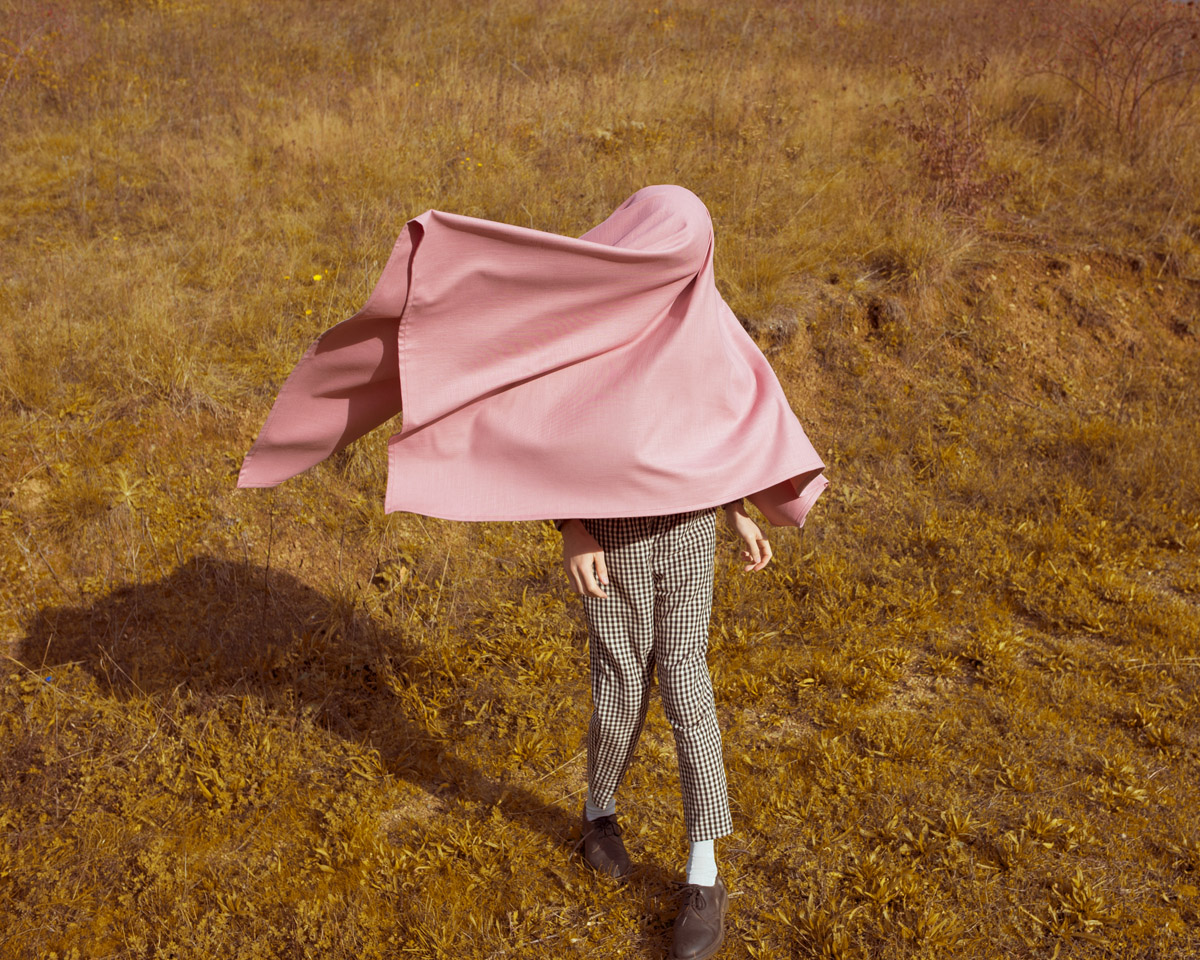 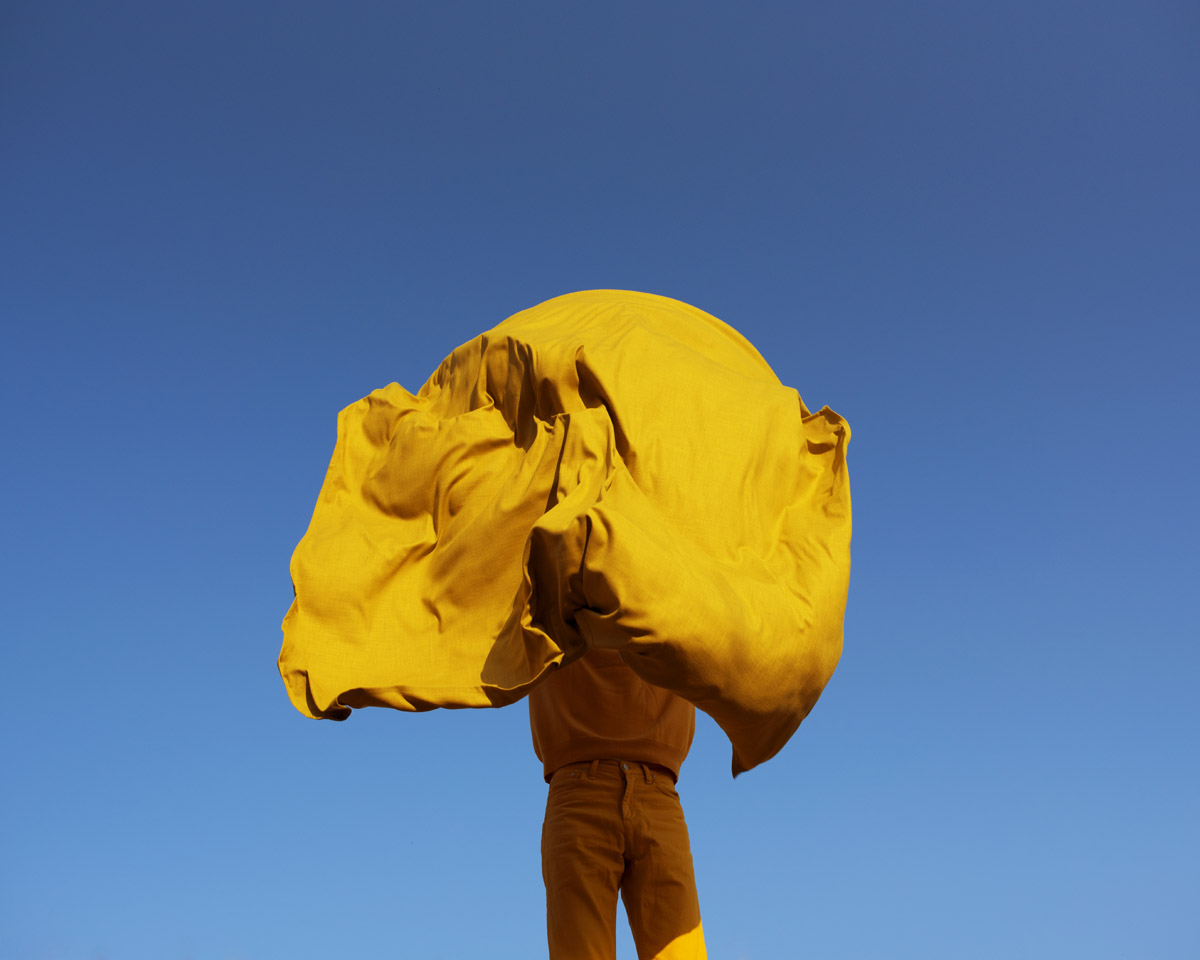 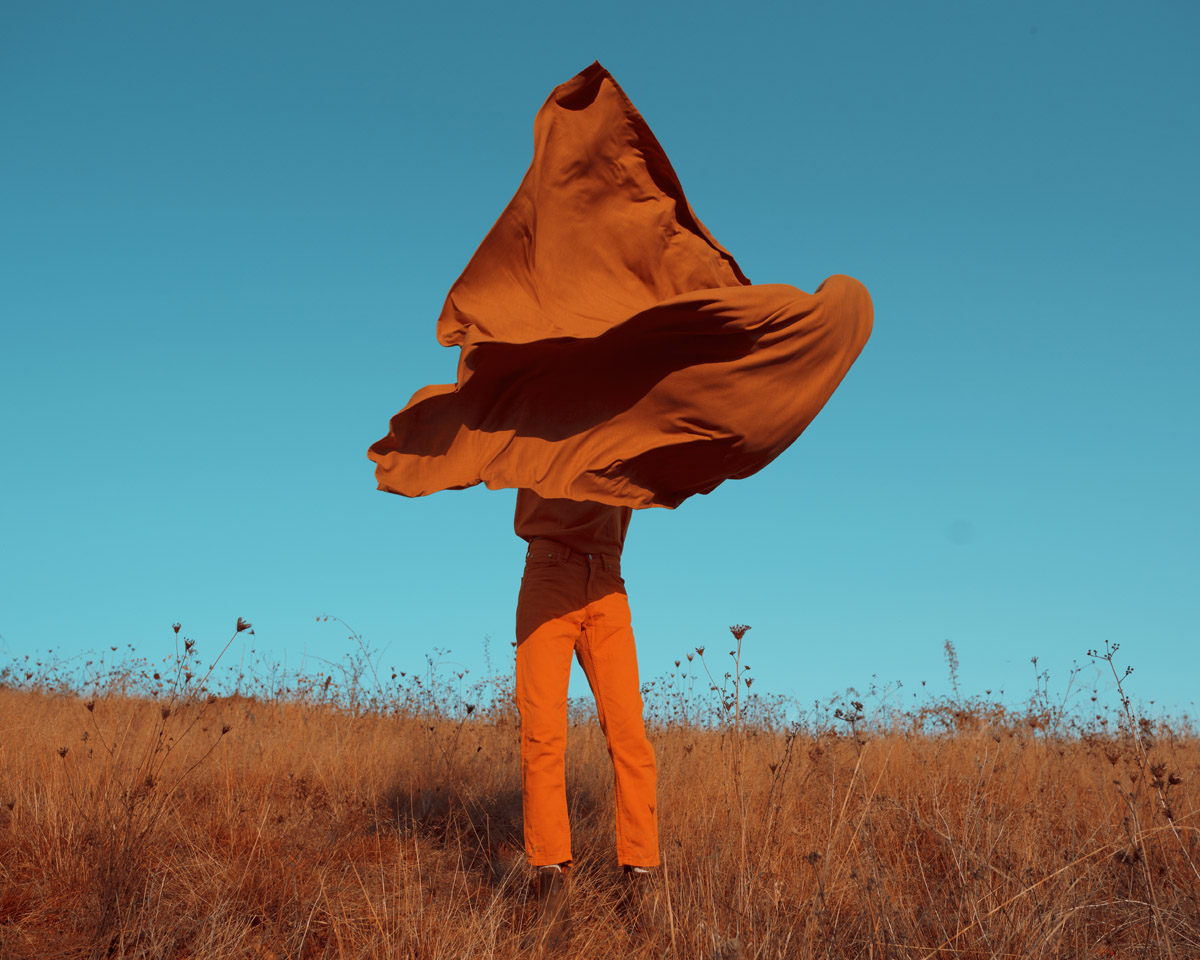 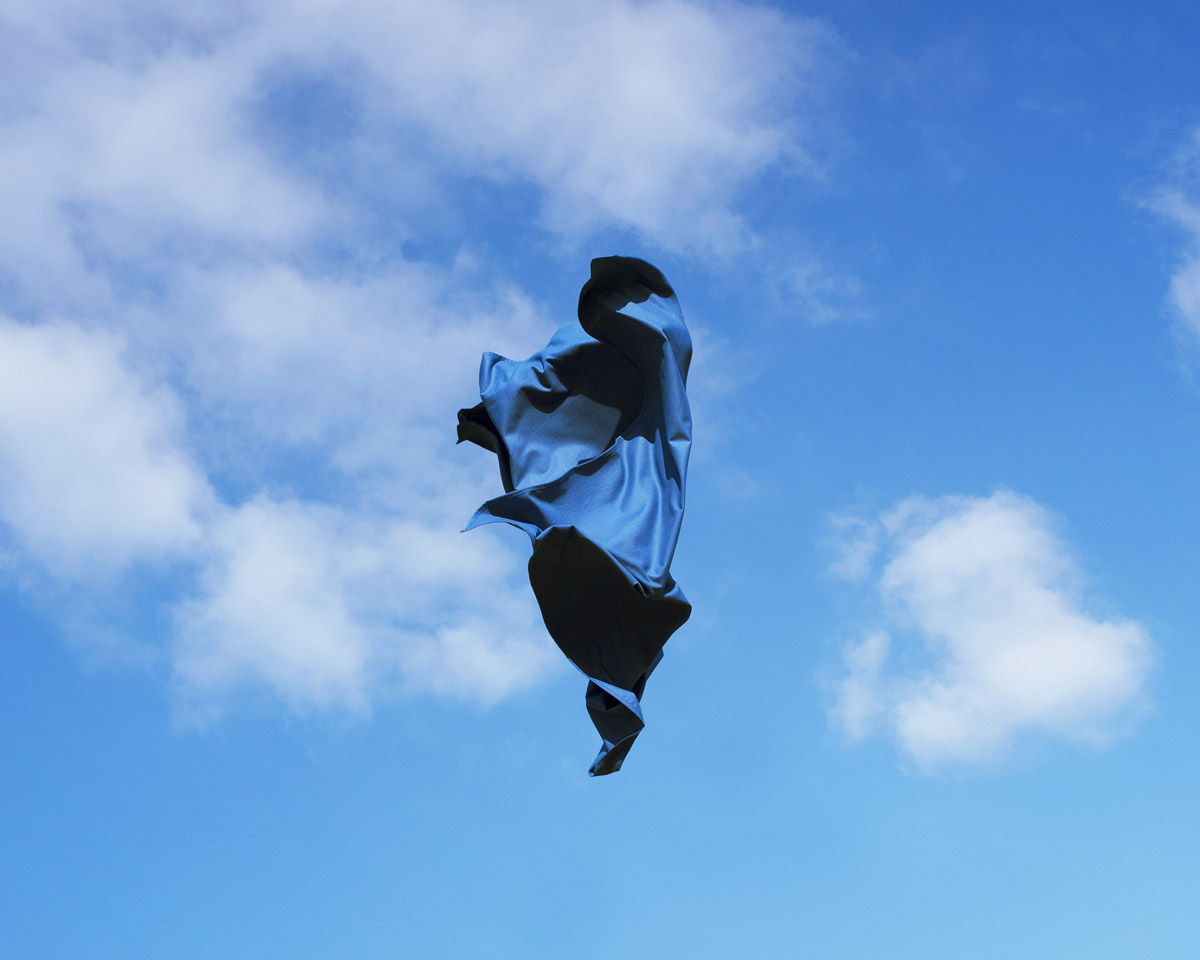 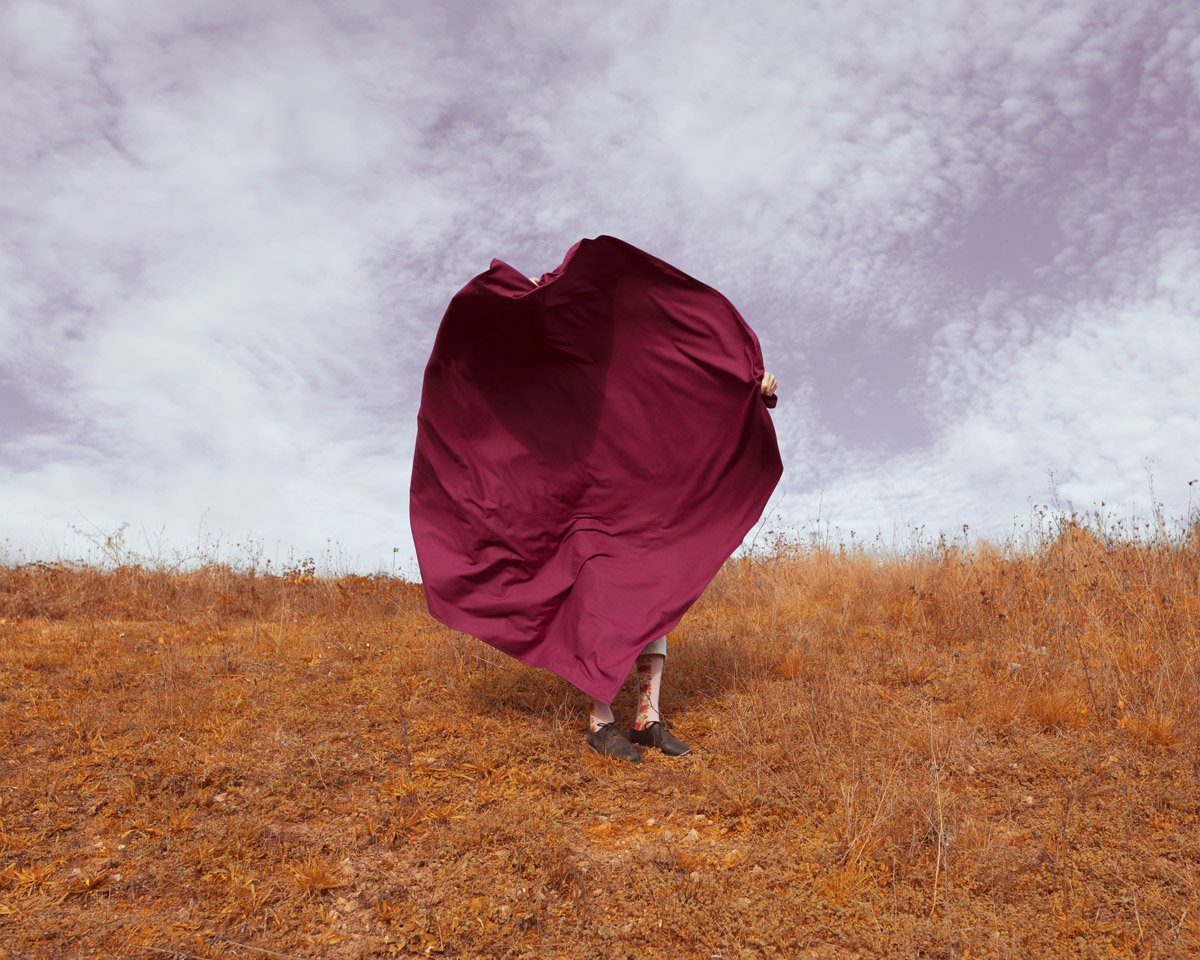 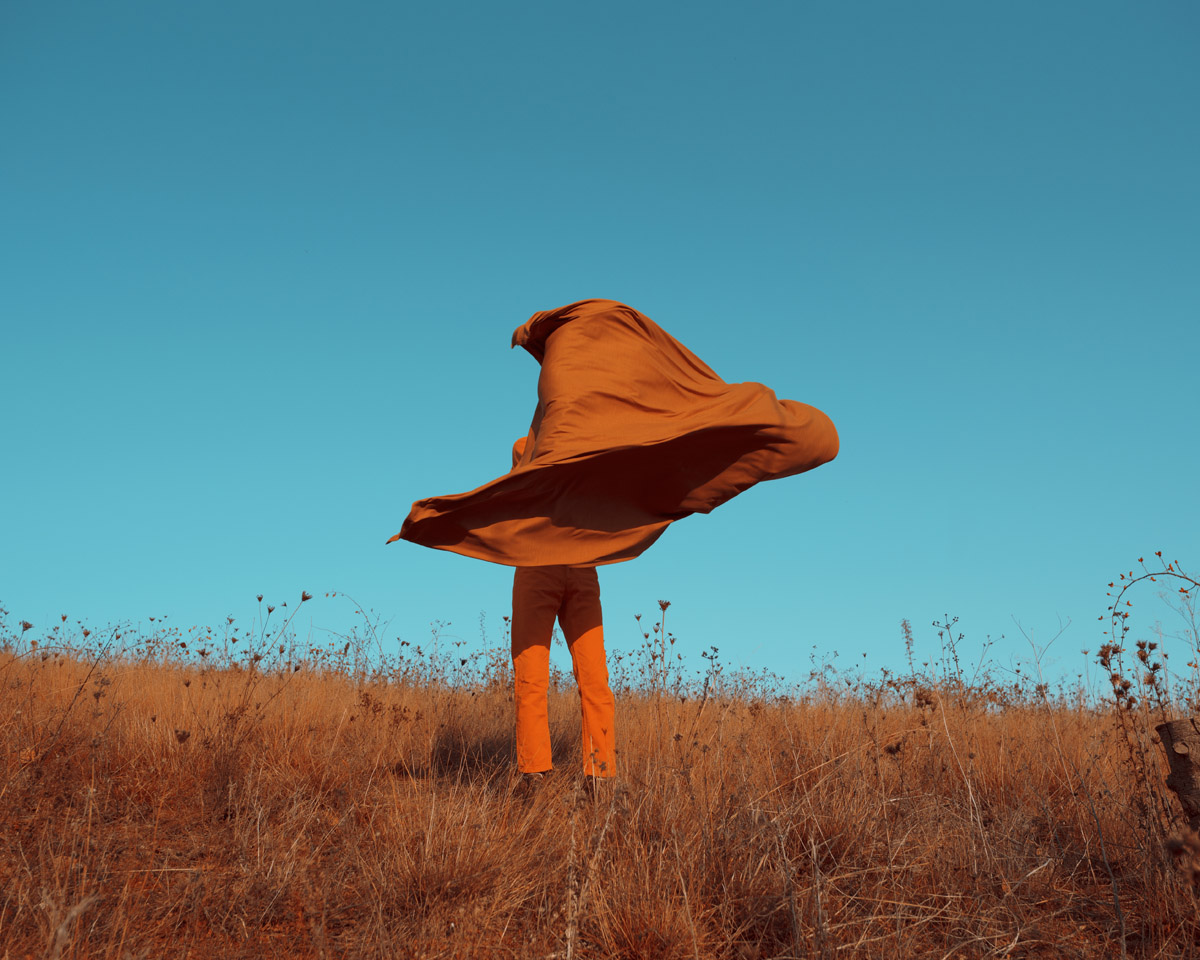 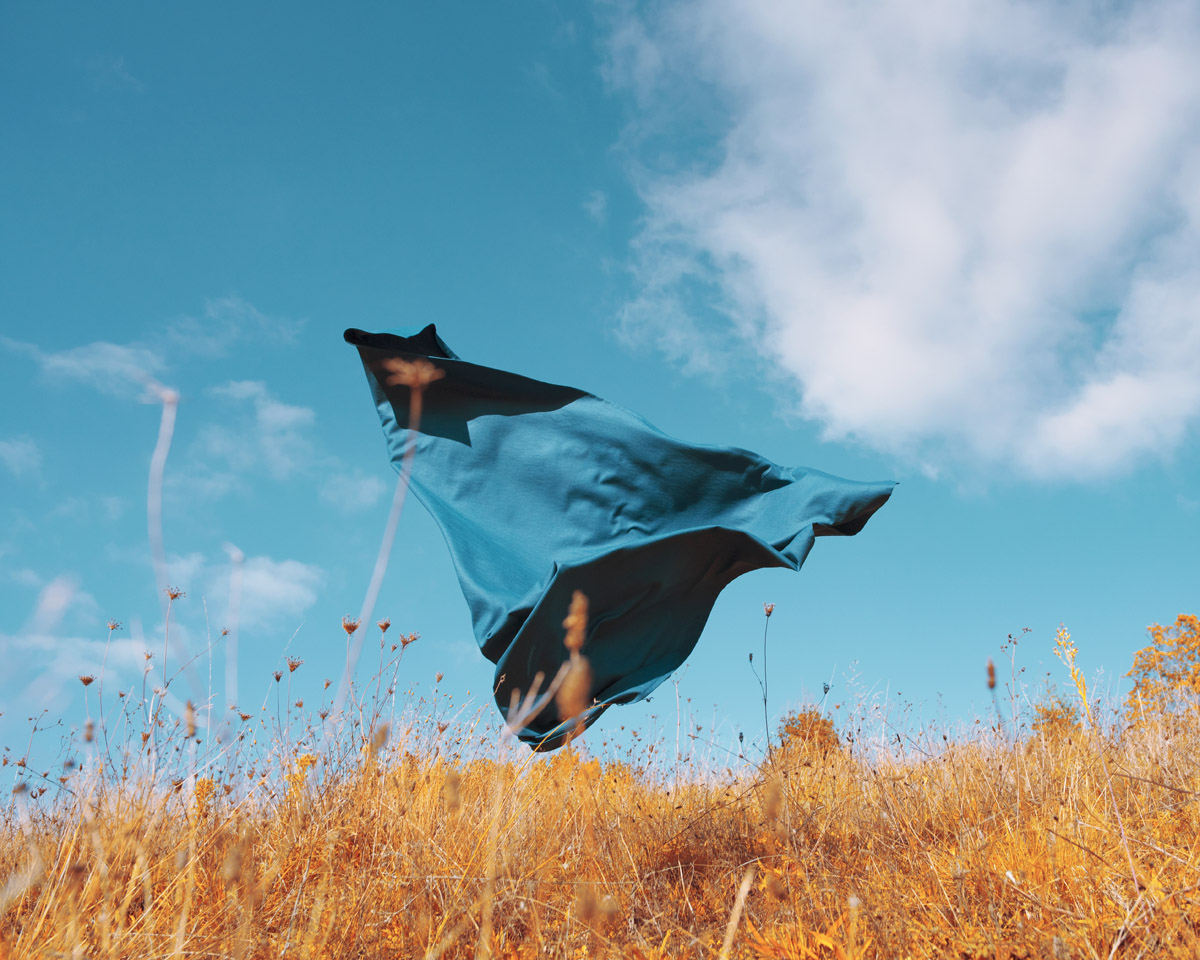 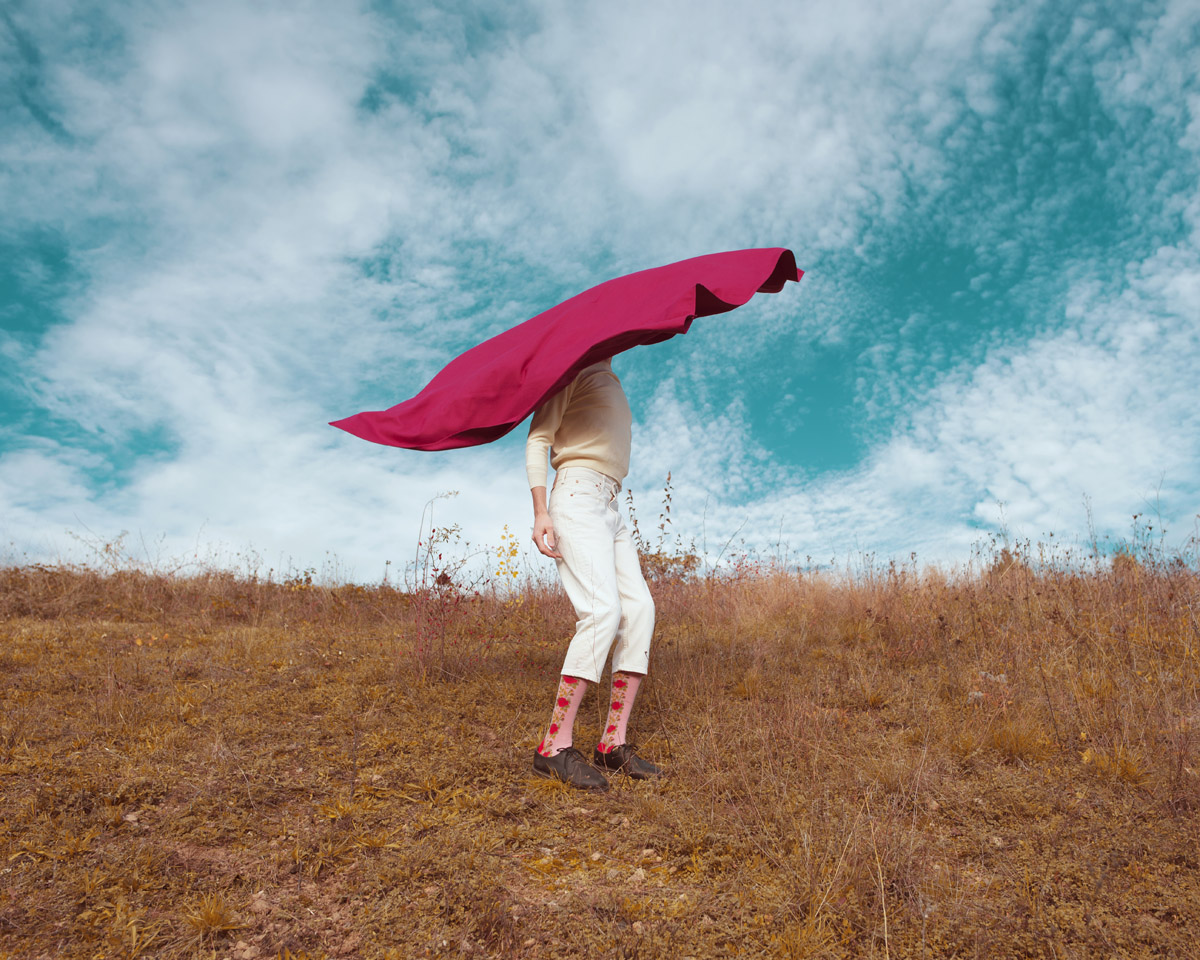 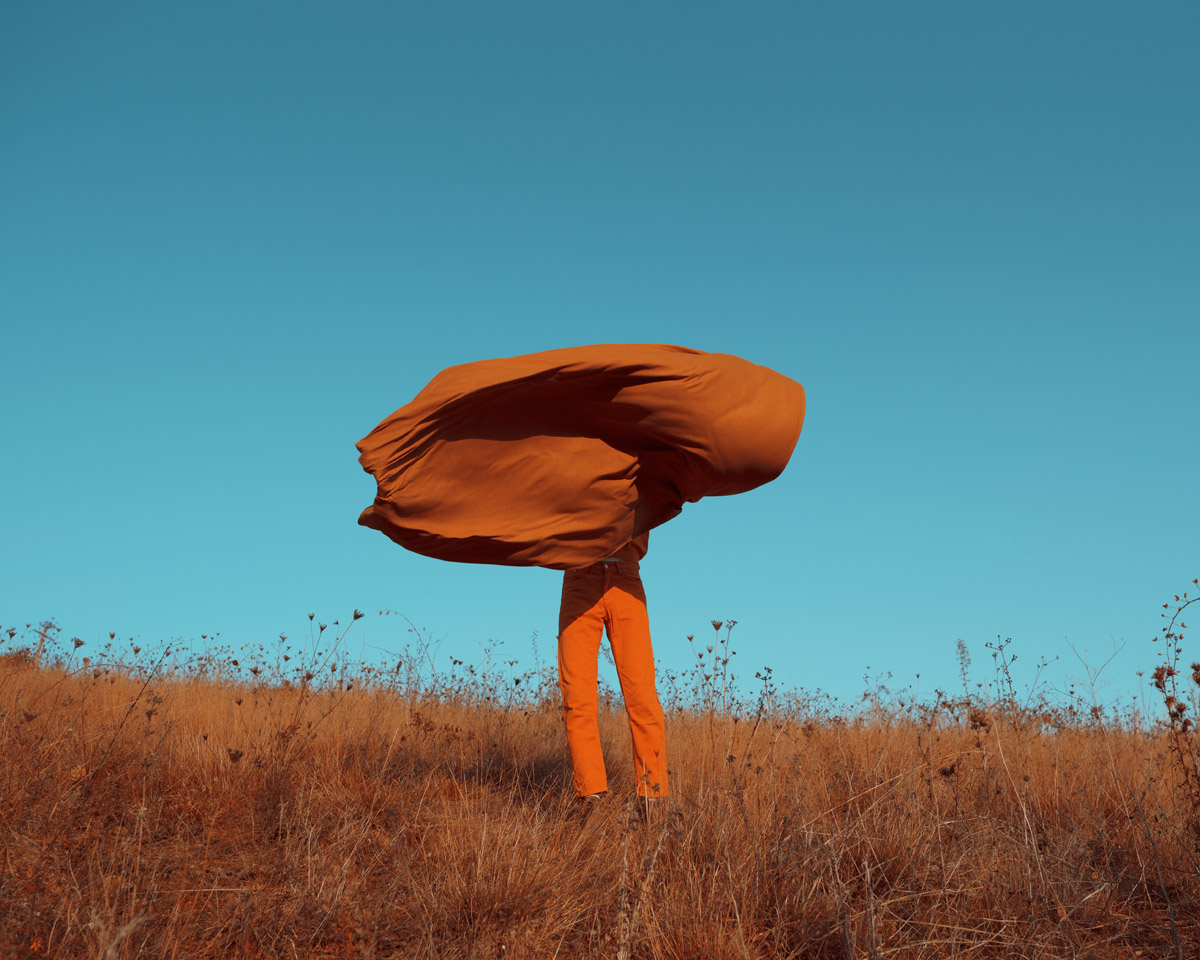 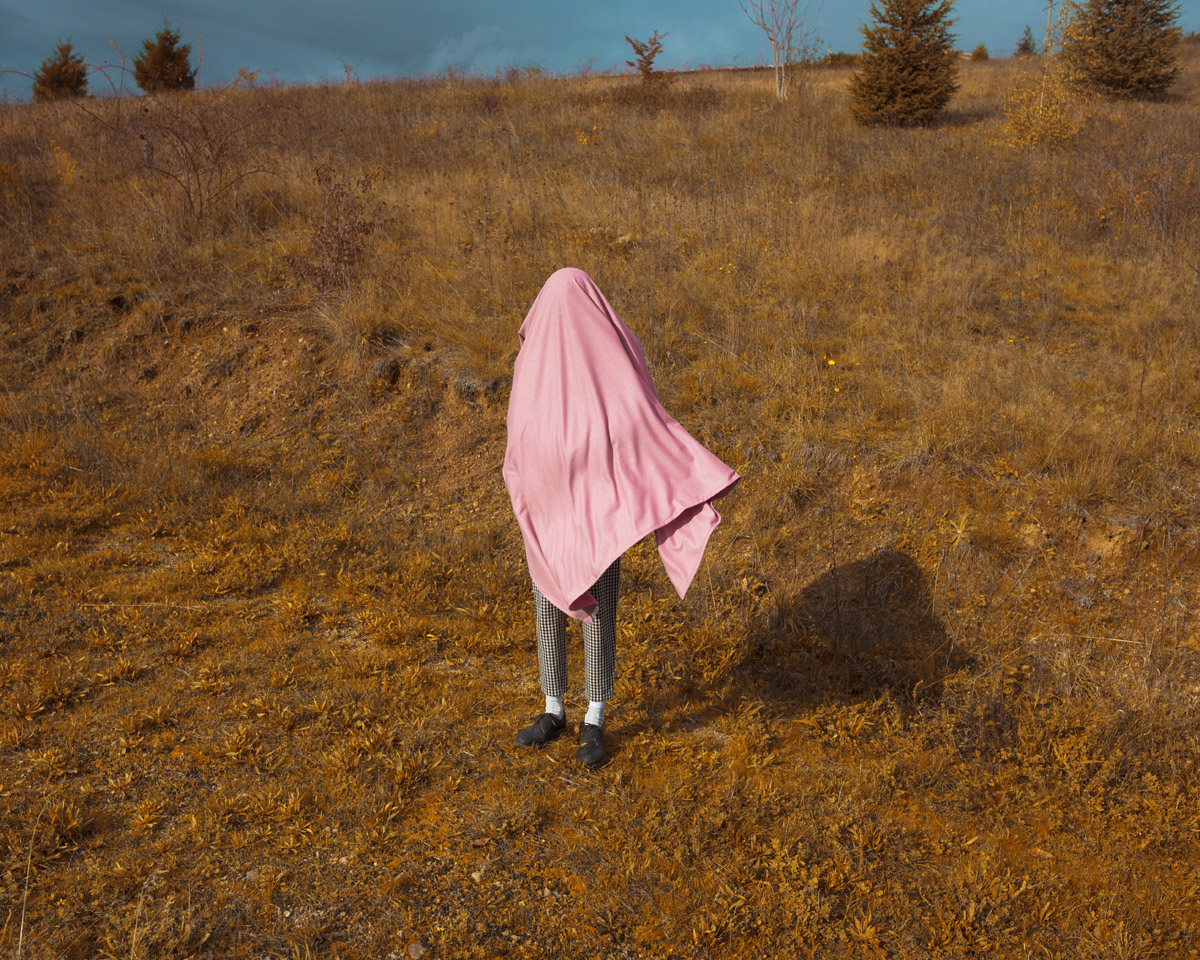 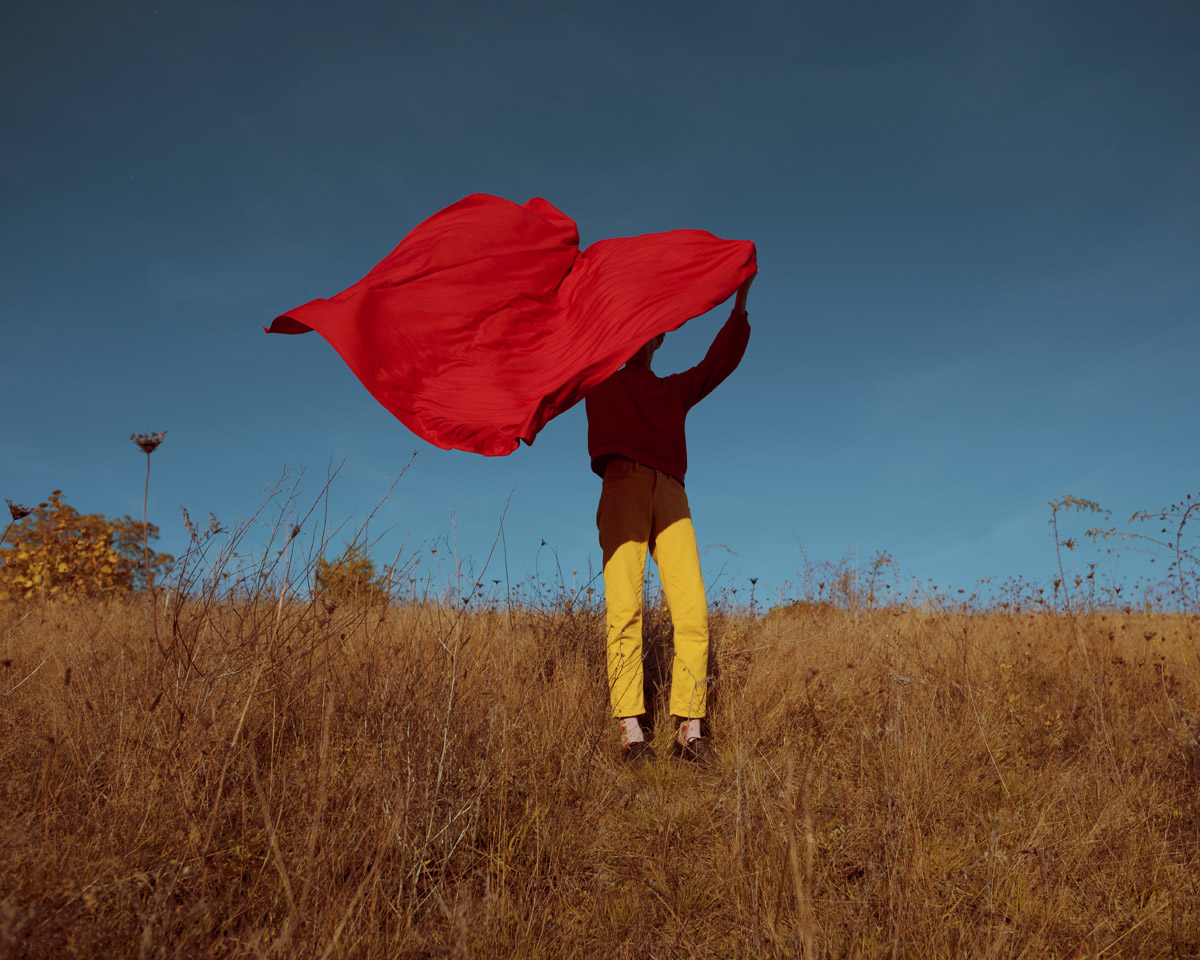 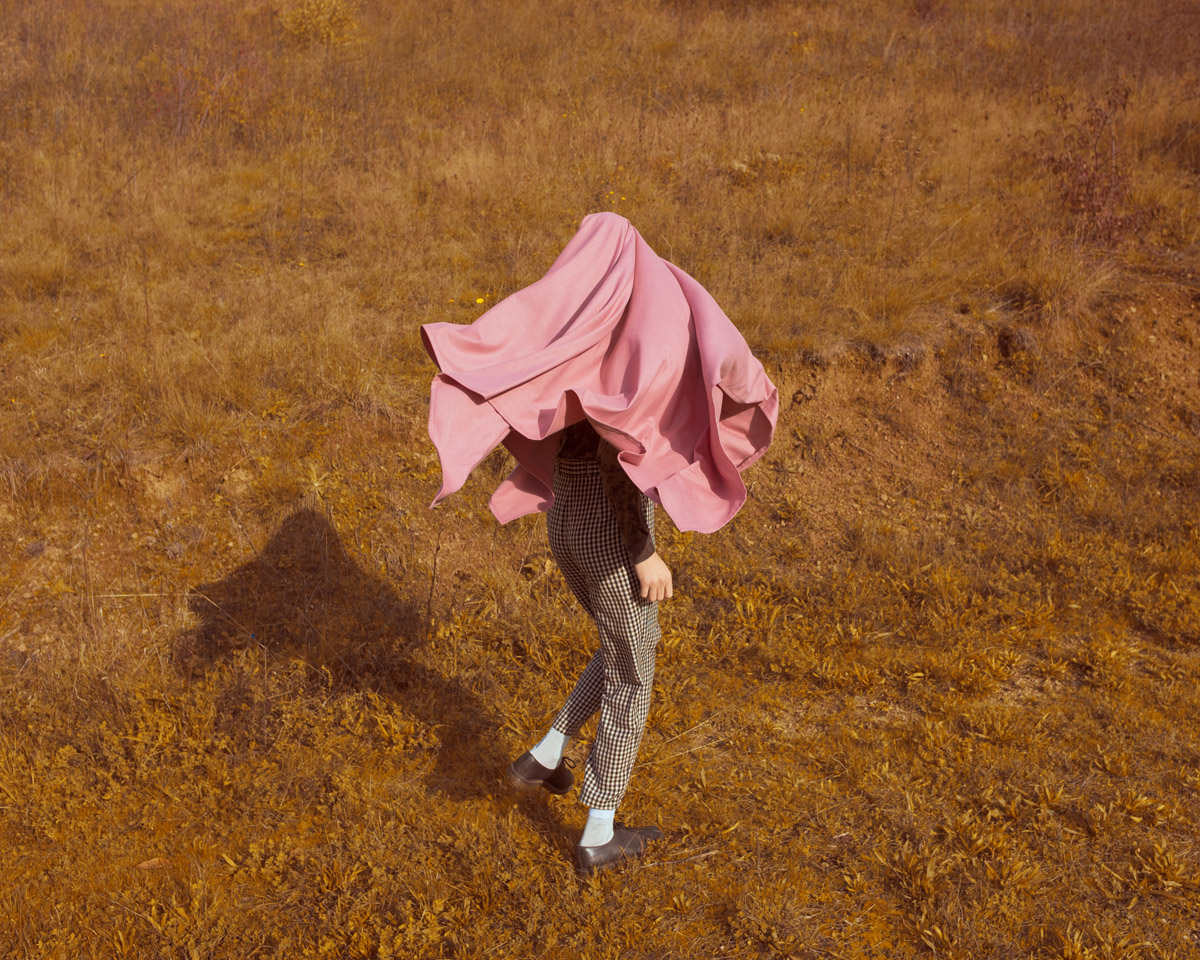 Upon invitation from multiply, French photographer Anne-Laure Etienne harnessed inspiration from the Urban Blanket to continue her series “Tissue and Bones” a long standing project exploring the body in space.

“For four years I have been exploring self-portraiture.  Always in search of the most uncluttered landscape possible, I usually find myself in the middle of nature. These images mark out a territory willingly stripped, arid, almost hard.

The moving soul, the human being and nature are the main subjects of these photographs and I prioritise spontaneity in the image, as if to surprise time and let timelessness do the rest. Gradually, as the series grew, it took shape and a universe began to emerge. Sometimes detached from reality and telling us something quite different. The bodies are free to merge with elements of the exterior landscape, to regain a freedom that can sometimes be lost.

M work tends to consider the human being as a whole. I try to represent vivid sensations, evoking fundamental themes such as fulfilment, isolation and love. I seek to recreate metaphorical, imaginary and poetic scenes, which sometimes are of the order of the abstract and sometimes closer to realism. I explore the territory of the image and its capacity to transcribe a given state of reality, as well as its symbolic and imaginary power.

These photographs are an invitation to dialogue through the body and nature, a journey through the mind. They play on the ambiguity of photographic realism by multiplying the references and seeking to organize everything in order to express a narrative.

In these images, the flesh sags and the skin sometimes has difficulty playing its role of envelope. The body, collapsed in the folds, moves. It becomes a form, adorns itself with vague lights, passes through matter, rises, abandoning the laws of gravity. The fabric flirts with the carnal envelope to the point of wanting to merge with it. This is a story of form. Persistent, it resists and invents transformation.

It is a response to the meeting of human beings and nature that my images are constructed, making Tissue and Bones the fruit of a photographic gaze through which I seek to account for the plurality and the convergence of being.”