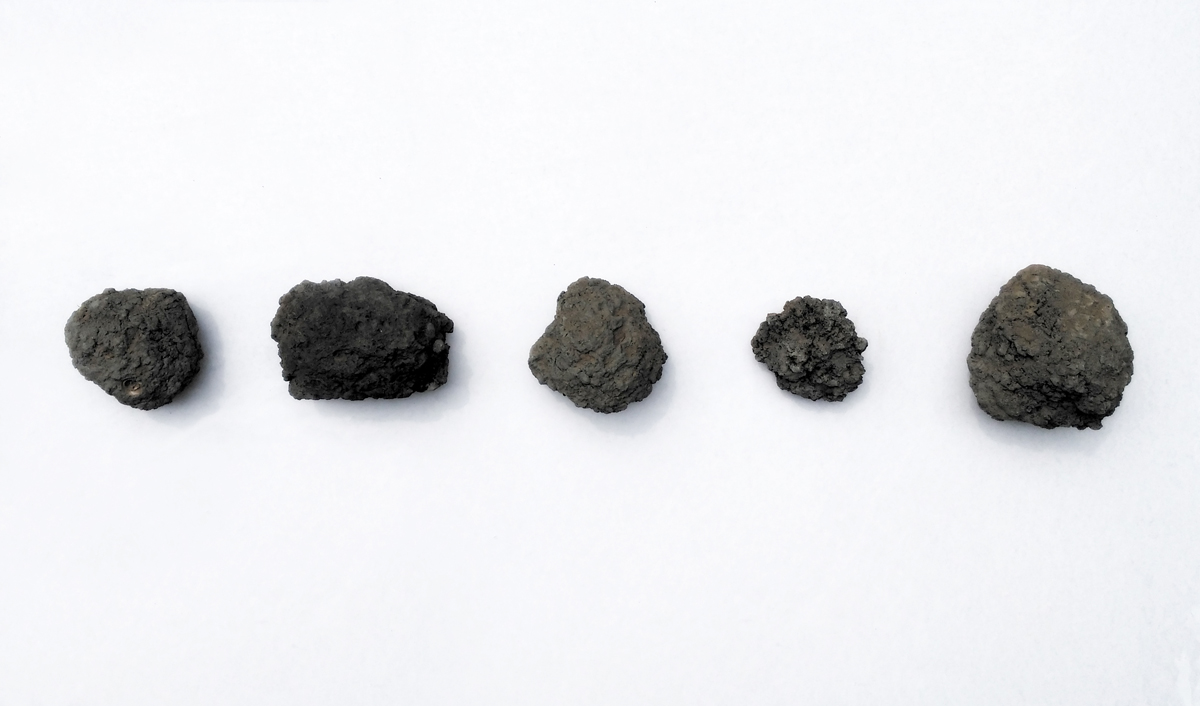 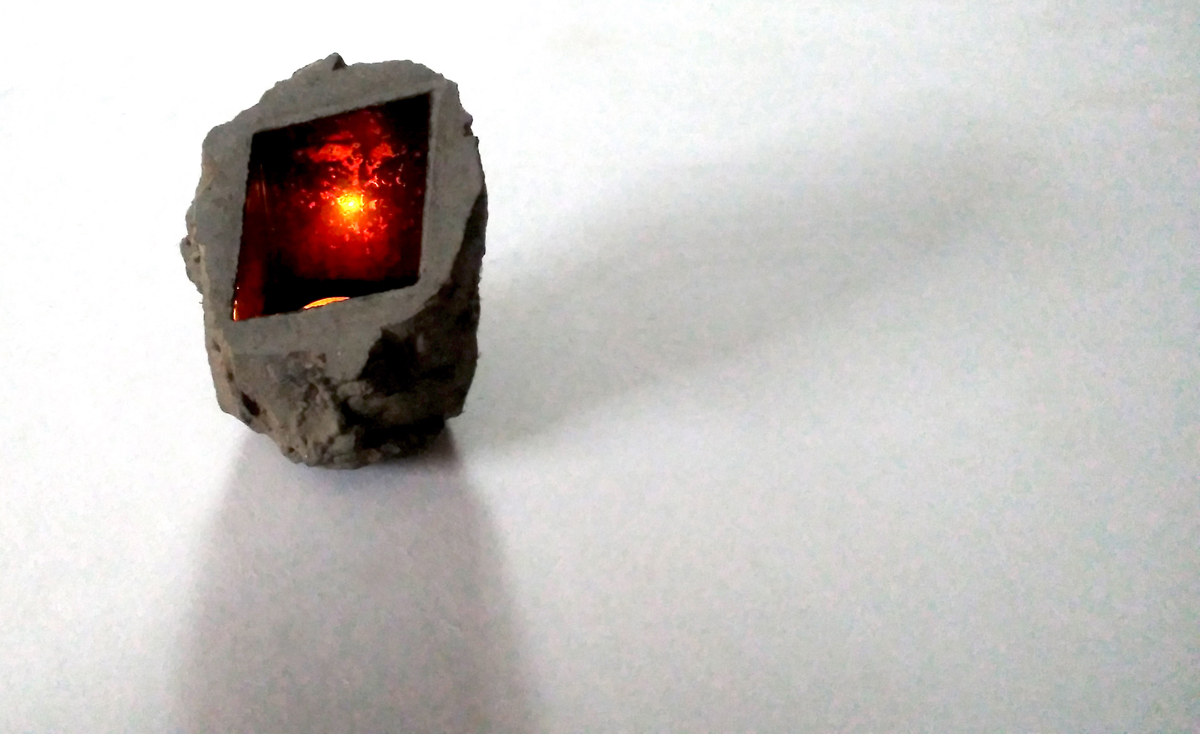 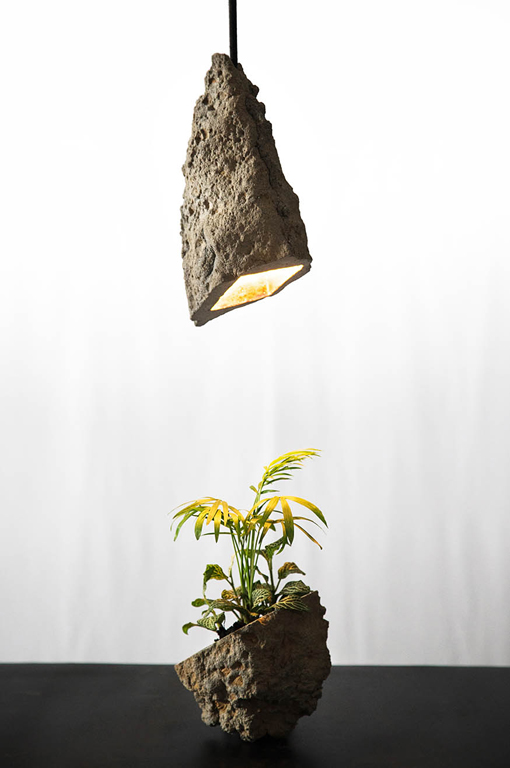 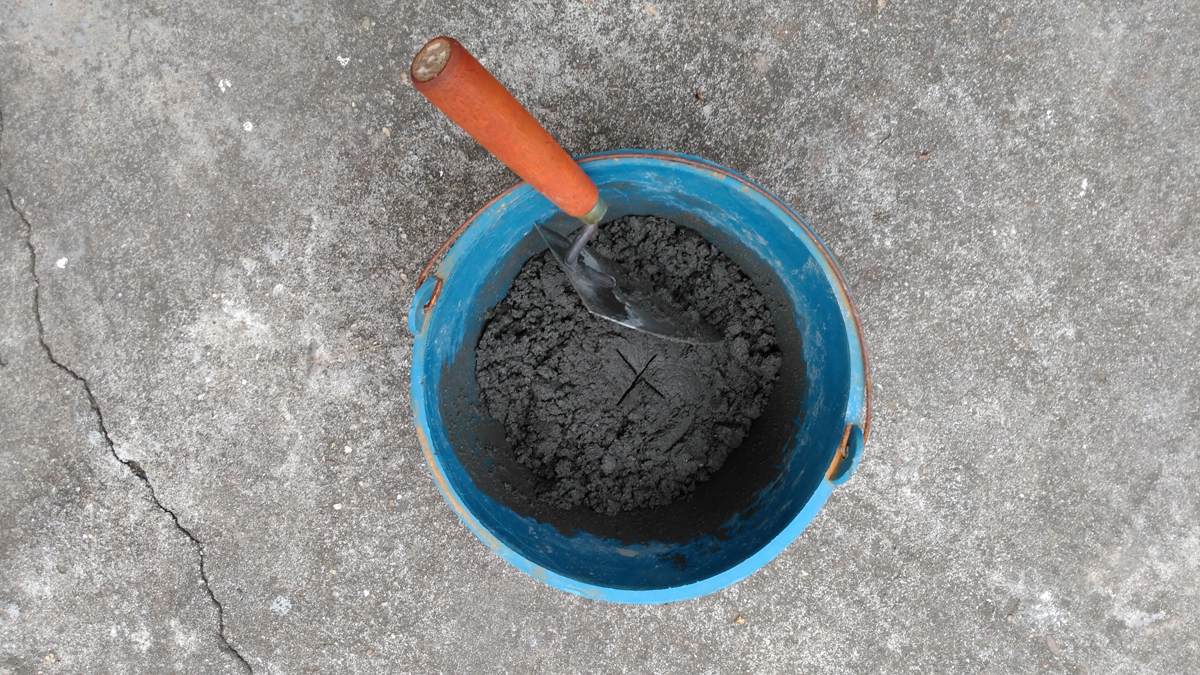 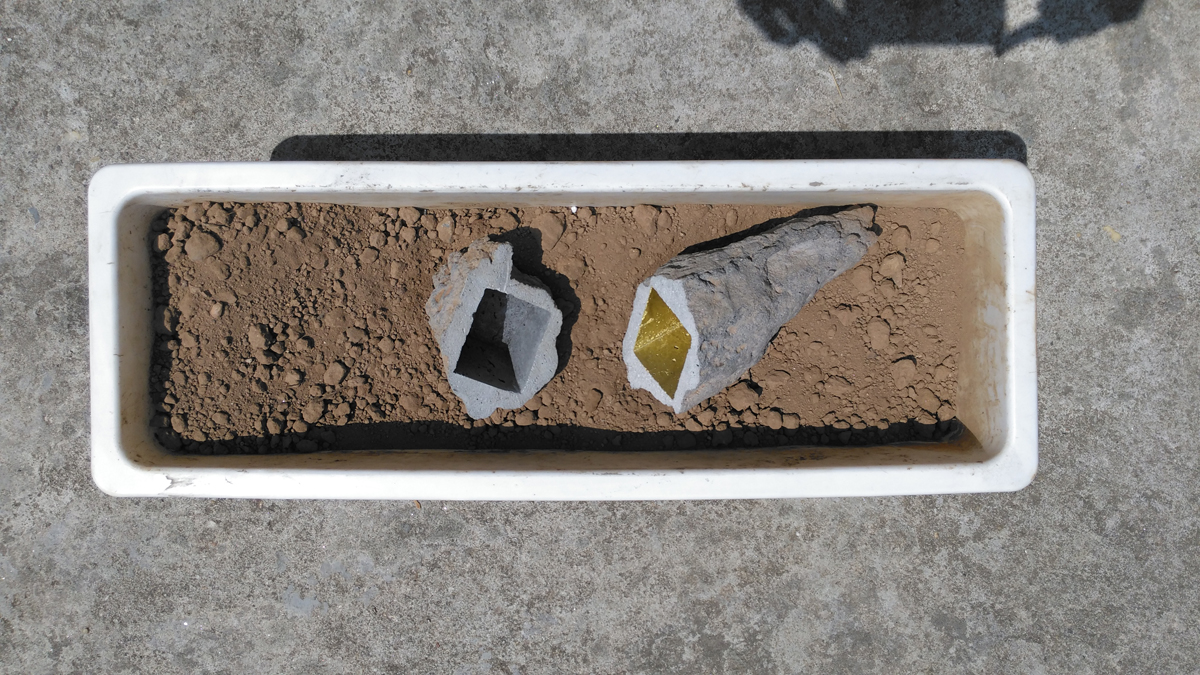 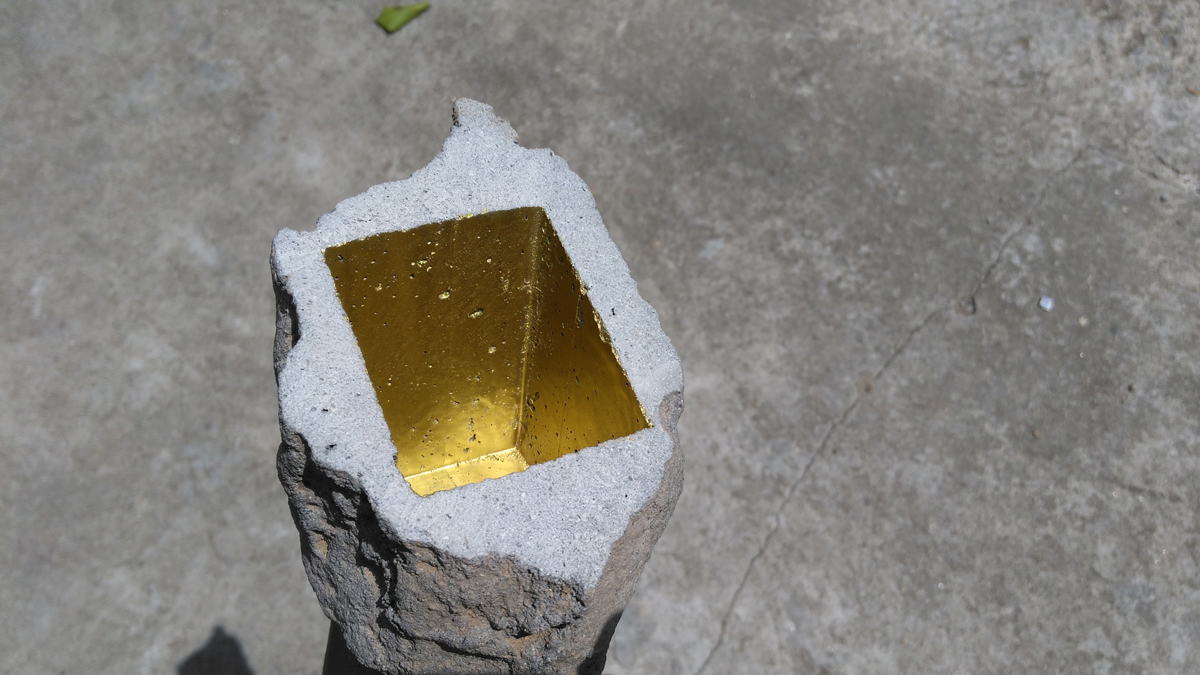 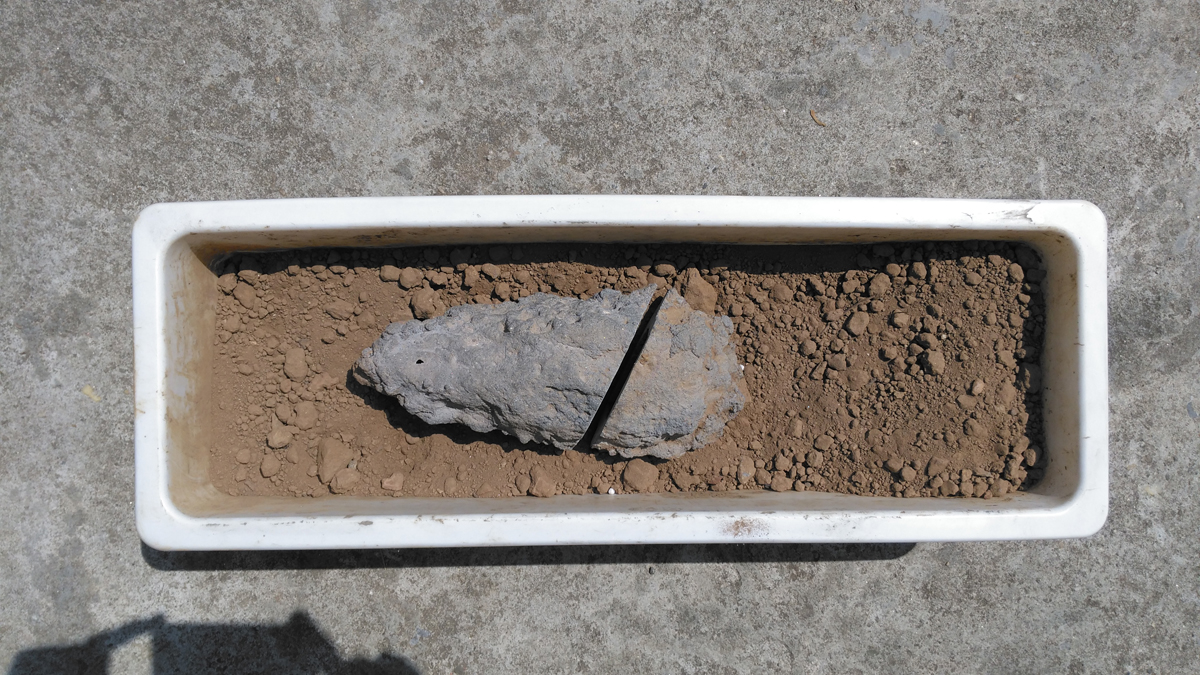 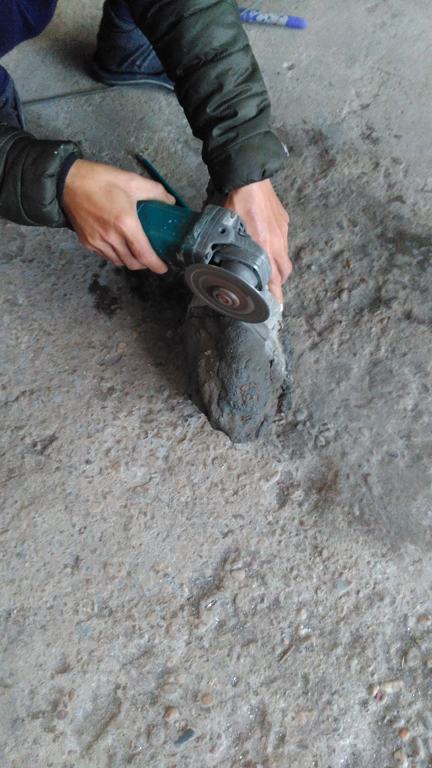 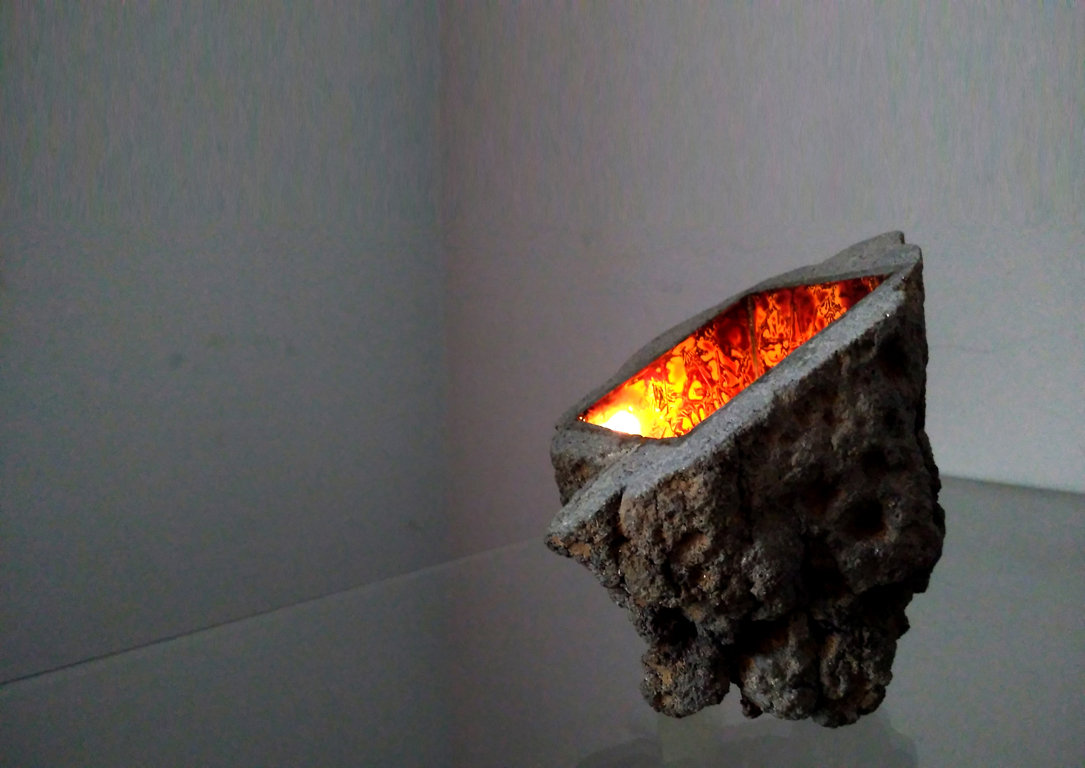 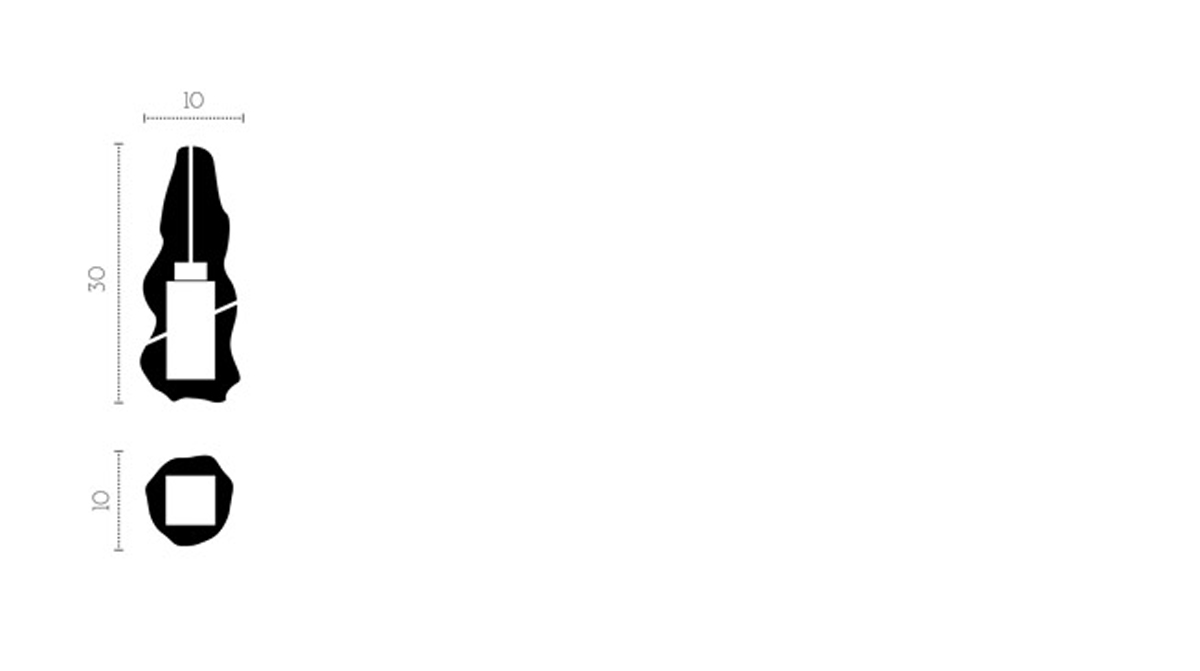 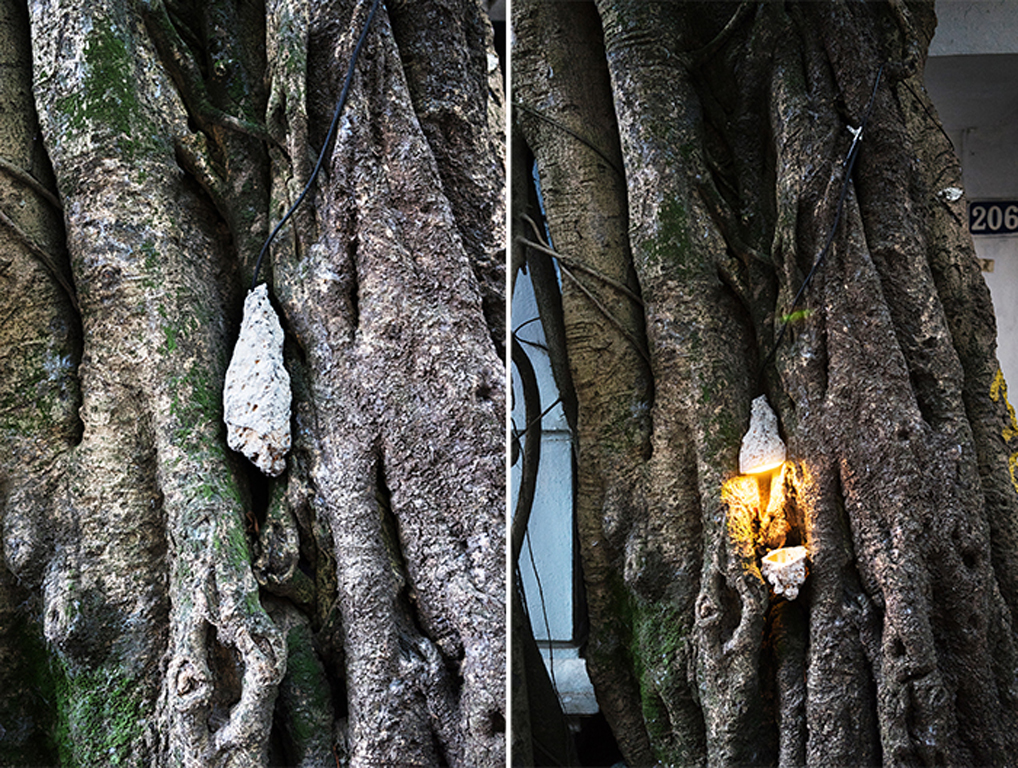 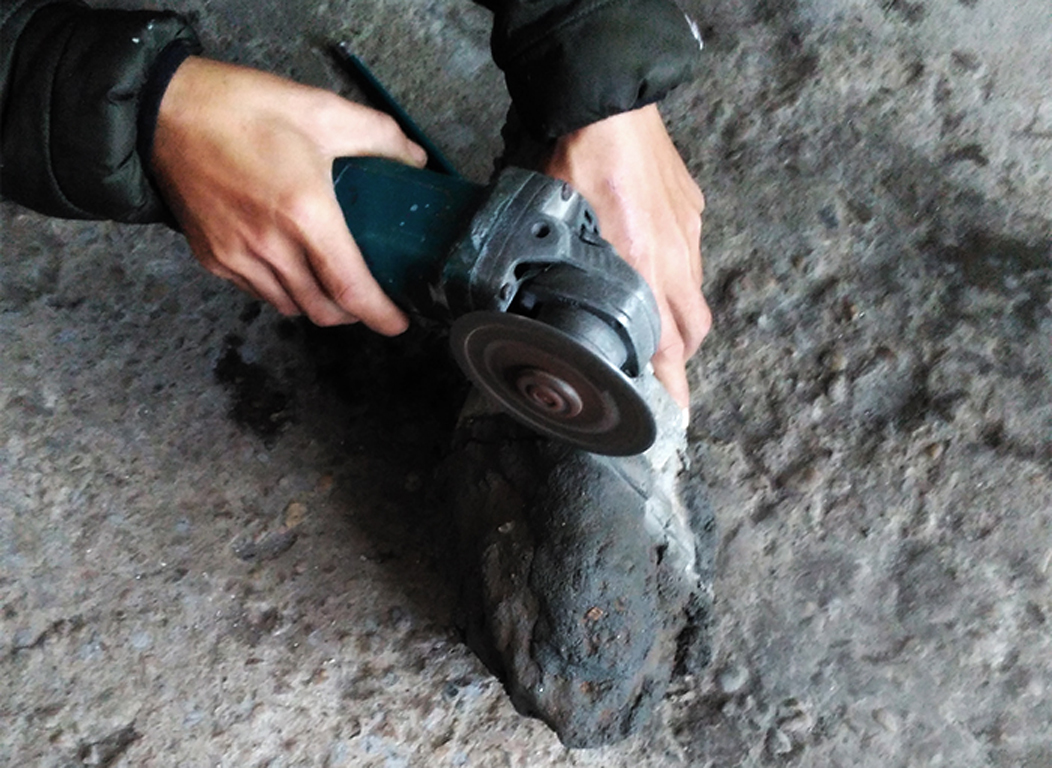 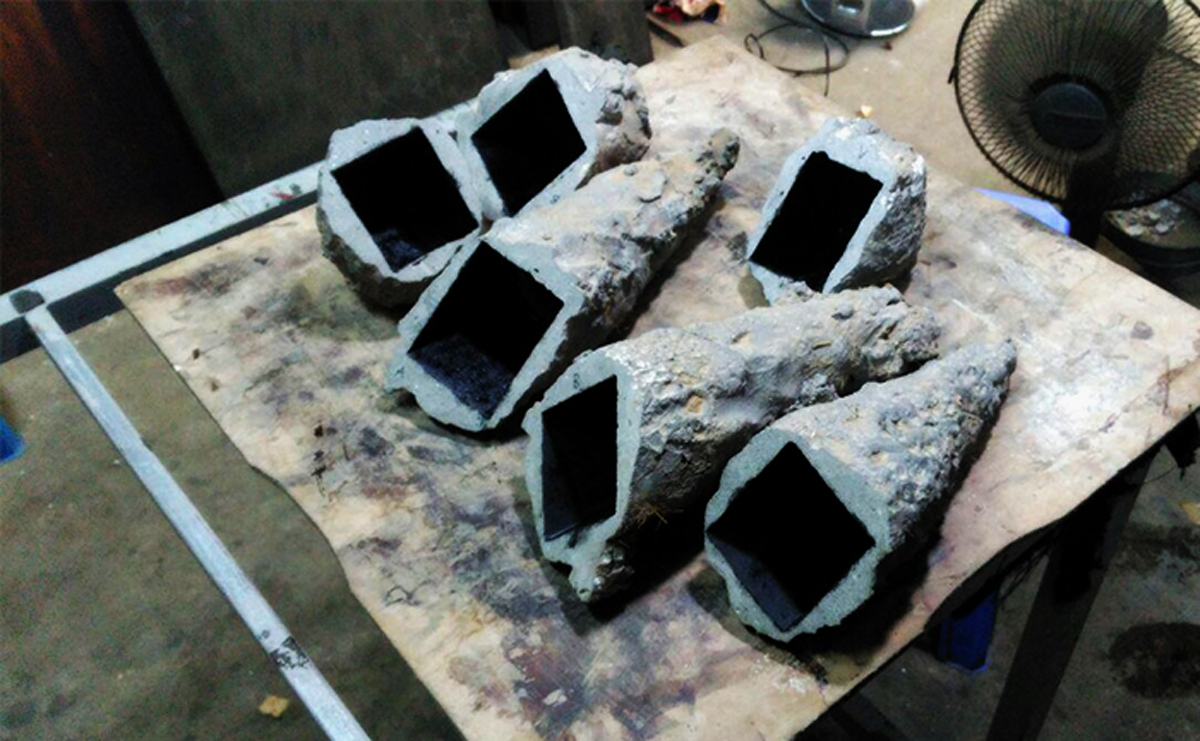 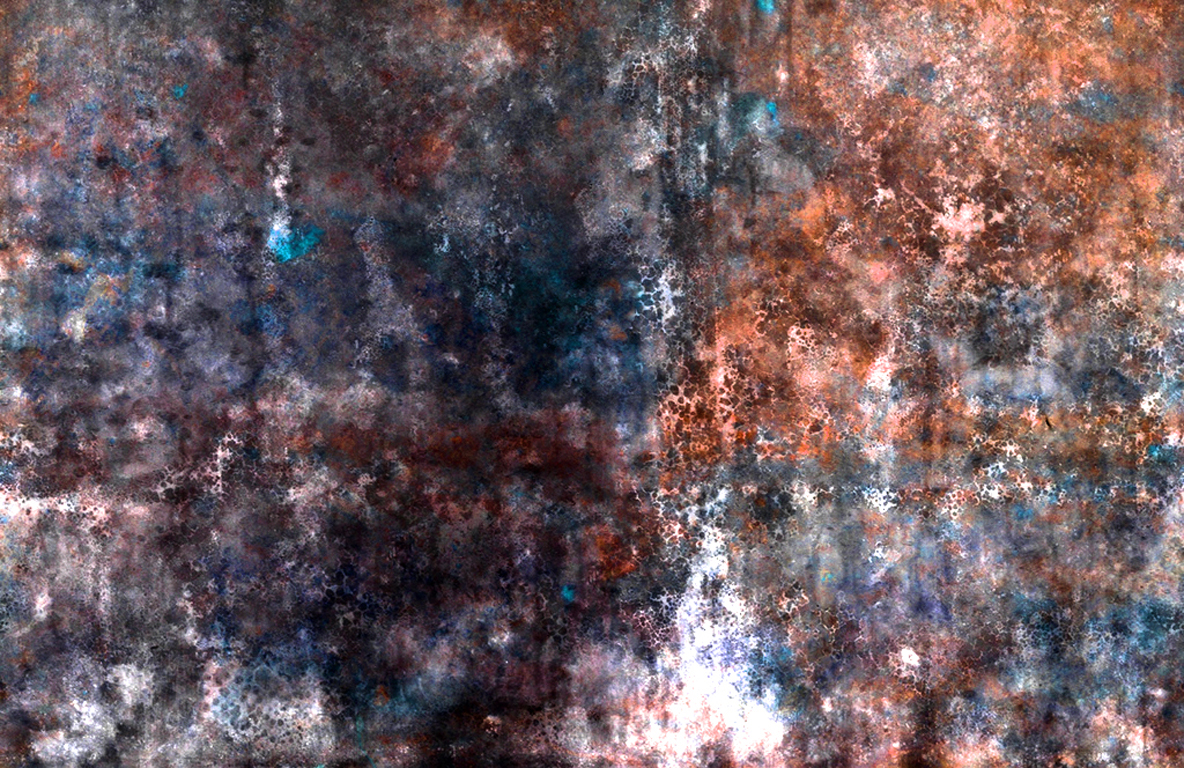 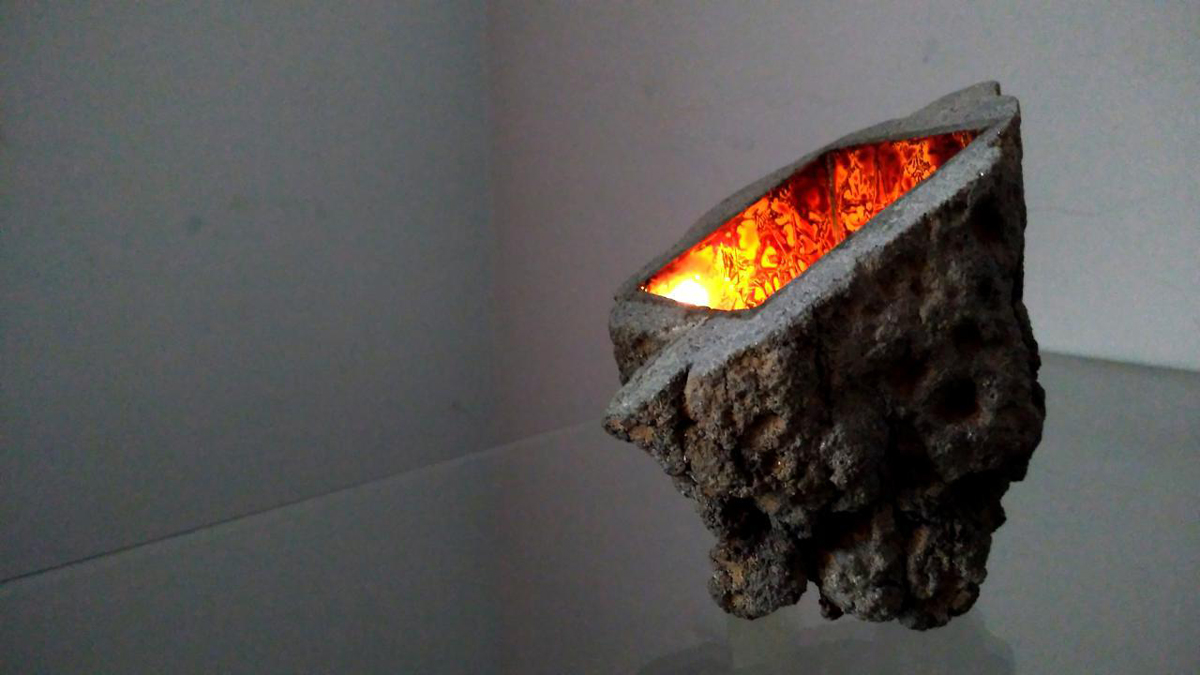 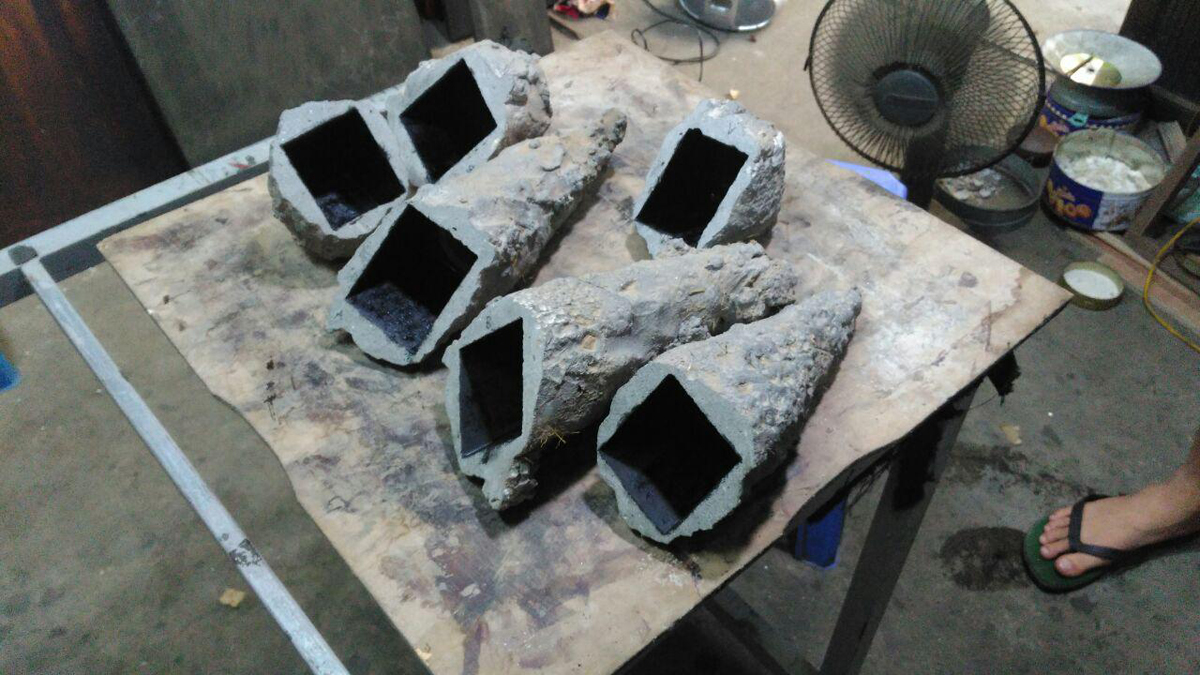 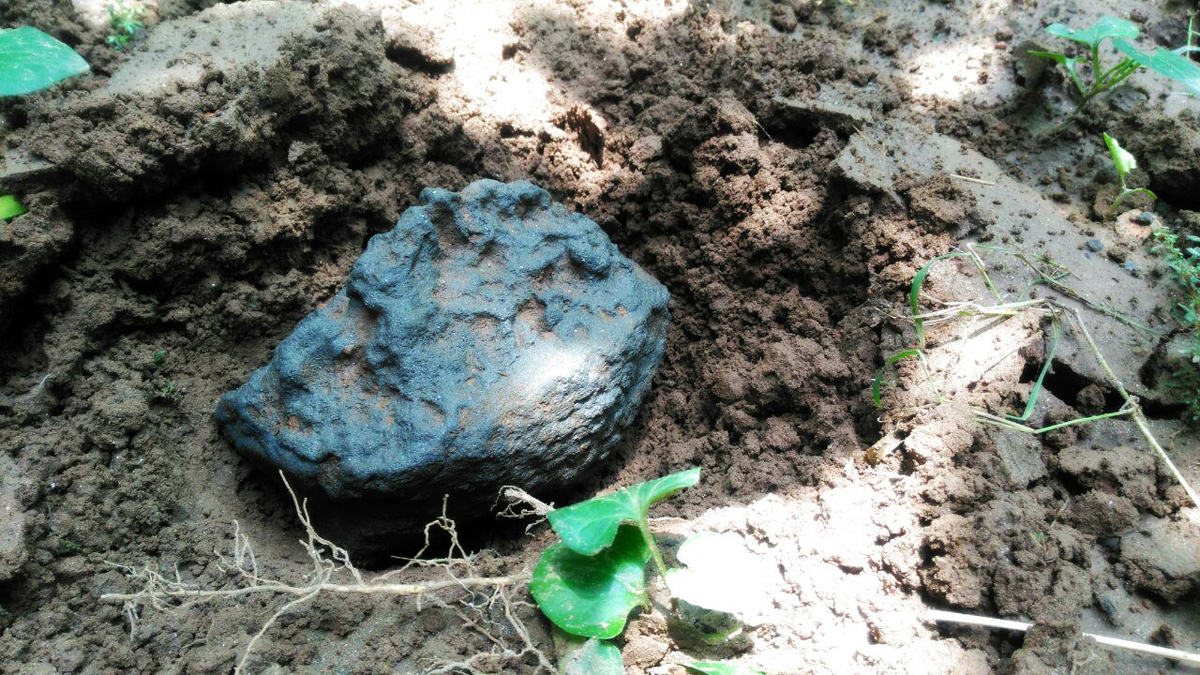 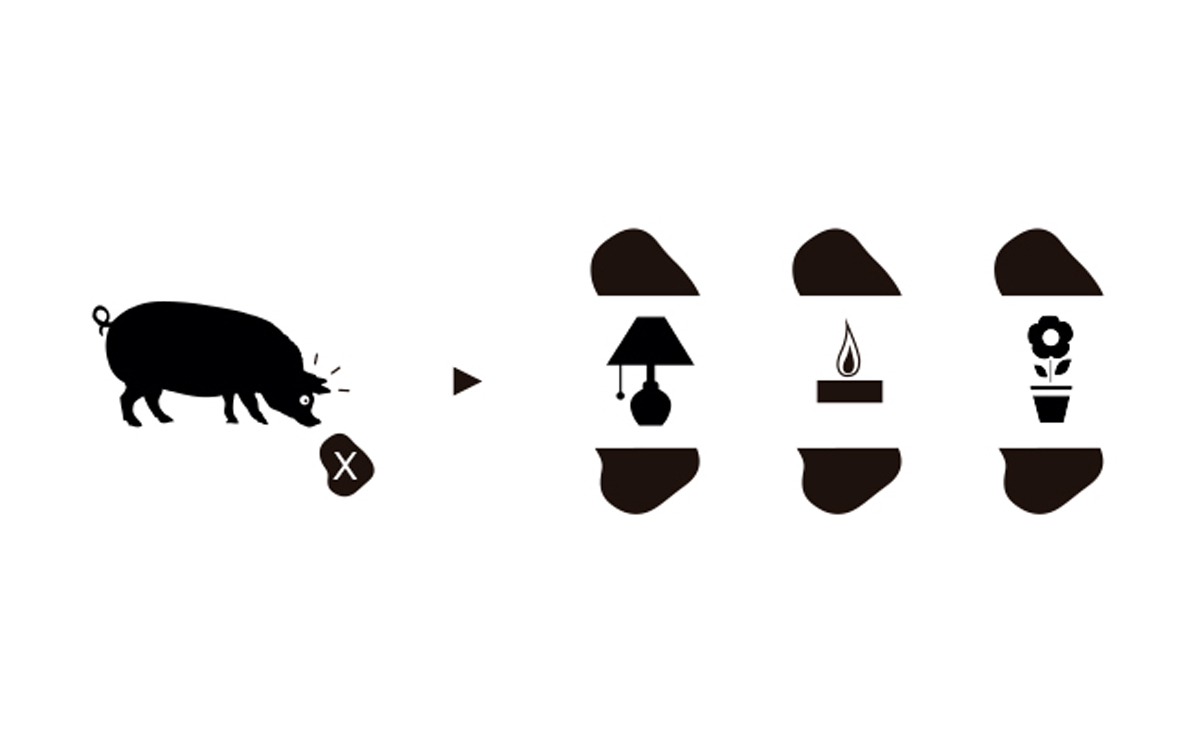 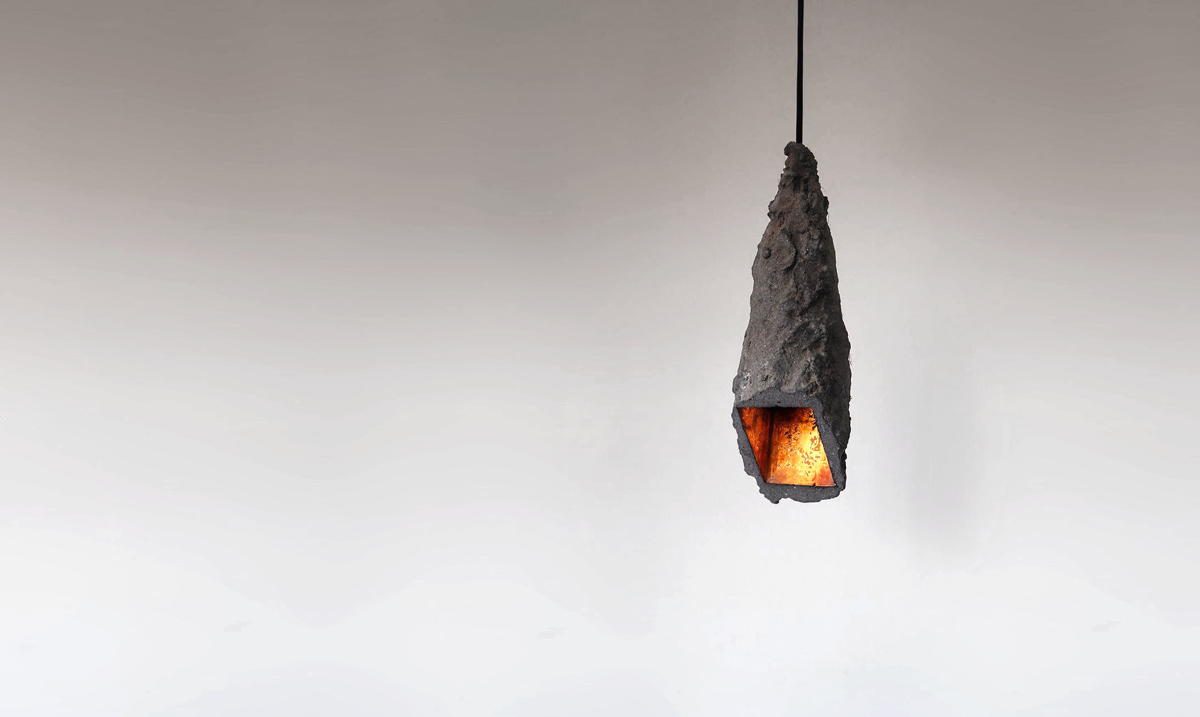 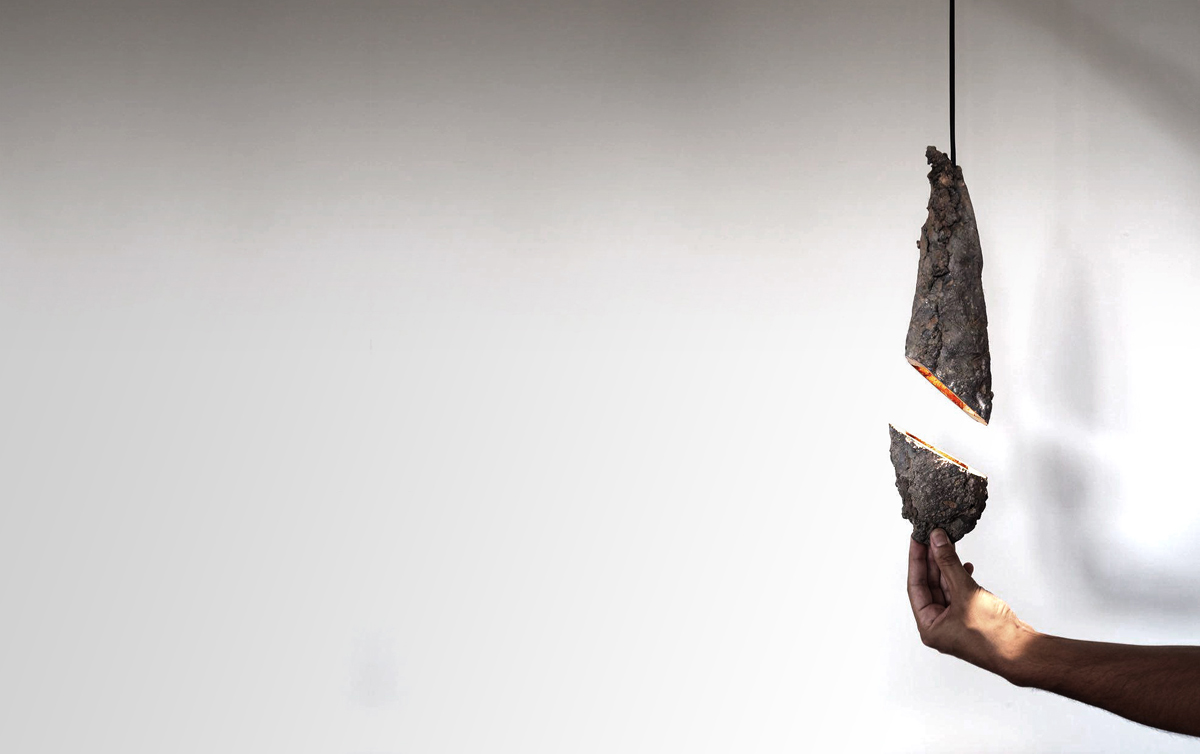 A lamp, a candle holder, a plant-pot, or just an independent object that shines by his strong identity. Cast underground, each concrete truffle is unique; naturally shaped by the soil where it was buried, the truffle captures the texture of its context. Inside, the perfect geometry contrasts with the accidental and organic exterior. 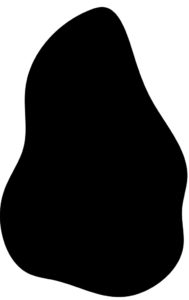 Lacquer painting was developed in Vietnam as a freestanding form, separate from decoration of wooden objects, using the  resin extract from the sơn tree .  The project has been developed in collaboration with a traditional lacquer Vietnamese artist. The contrast between the exterior and interior of the object is emphasized by the fragility expressed by the lacquer technique that represent the past of time, inspired it the aesthetic of deteriorated metals and organic fluids.