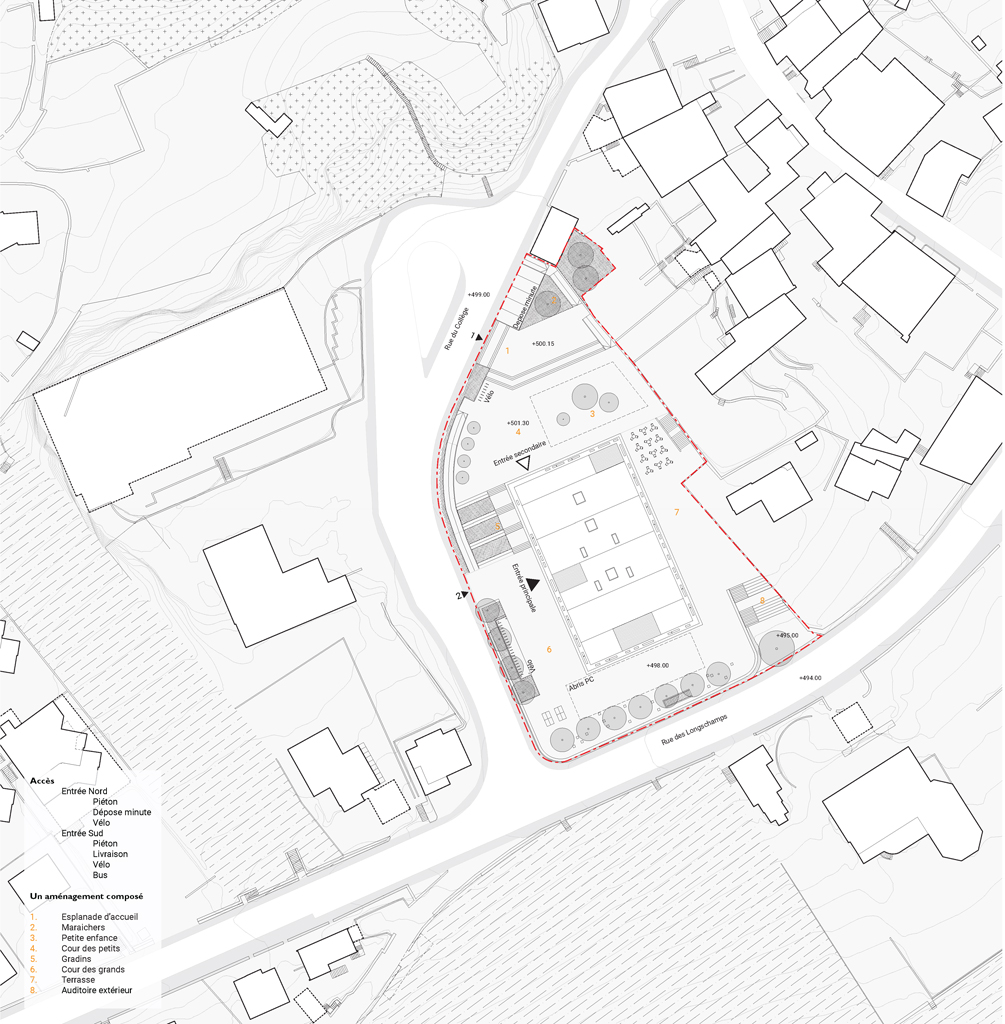 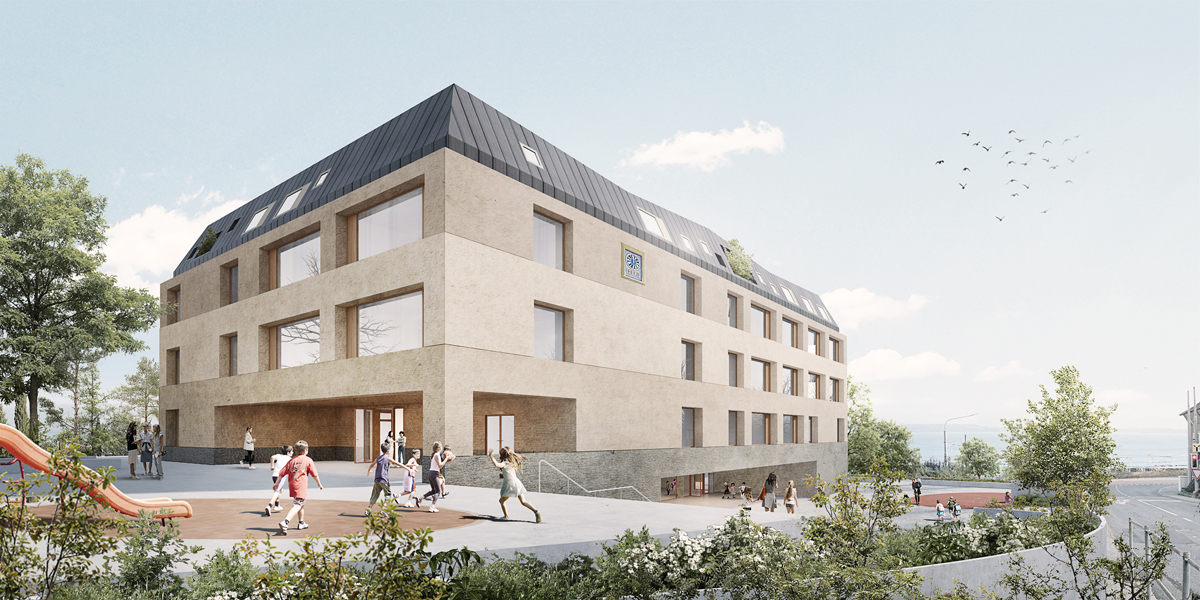 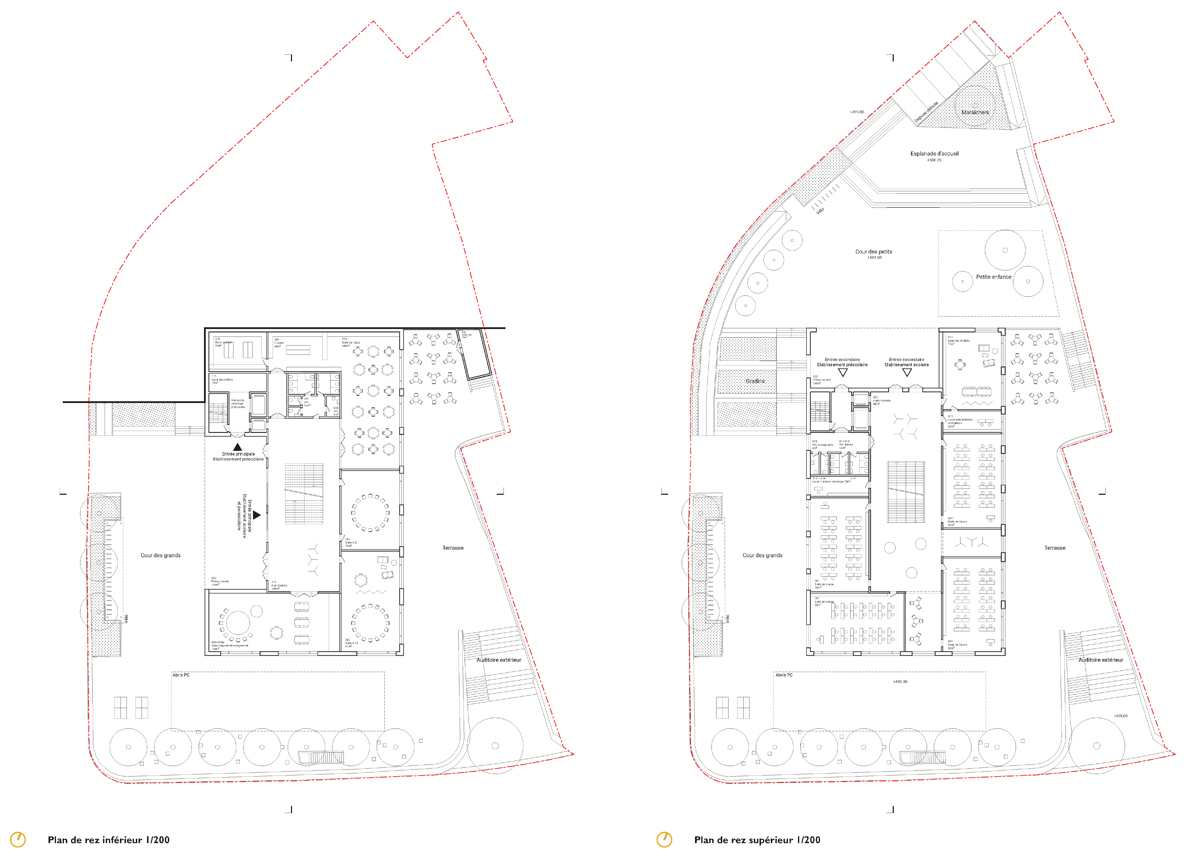 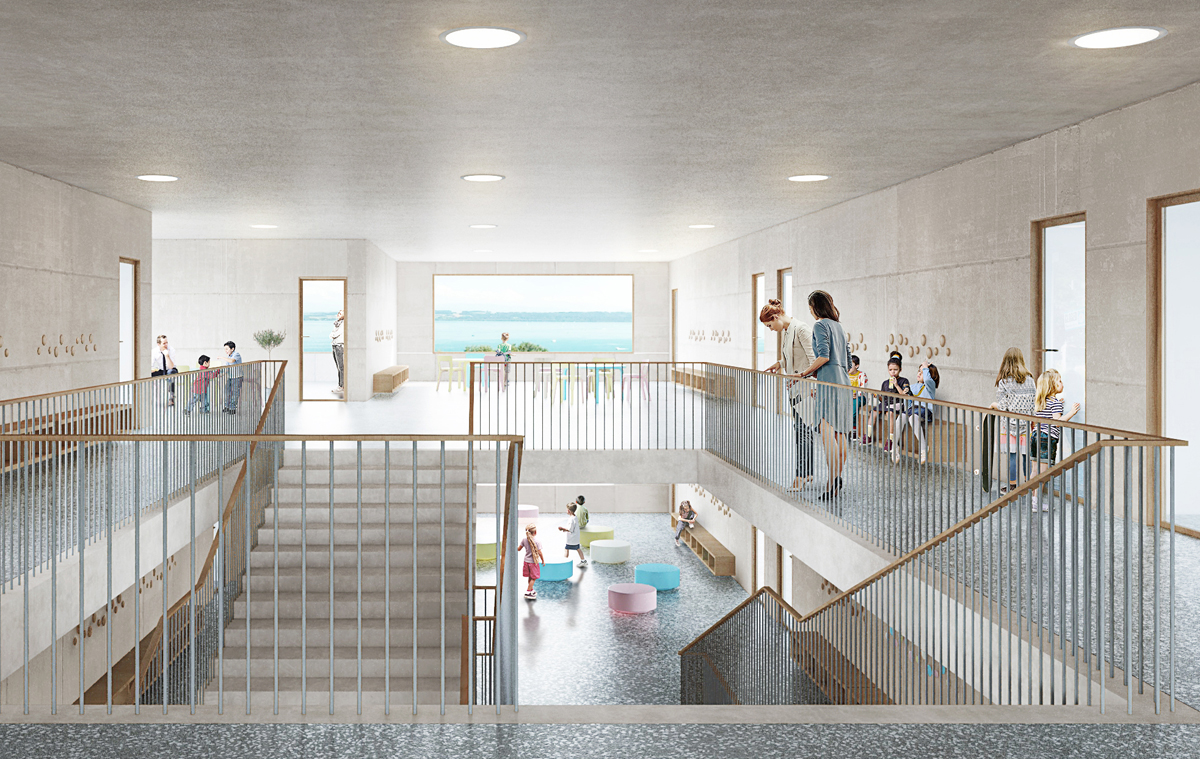 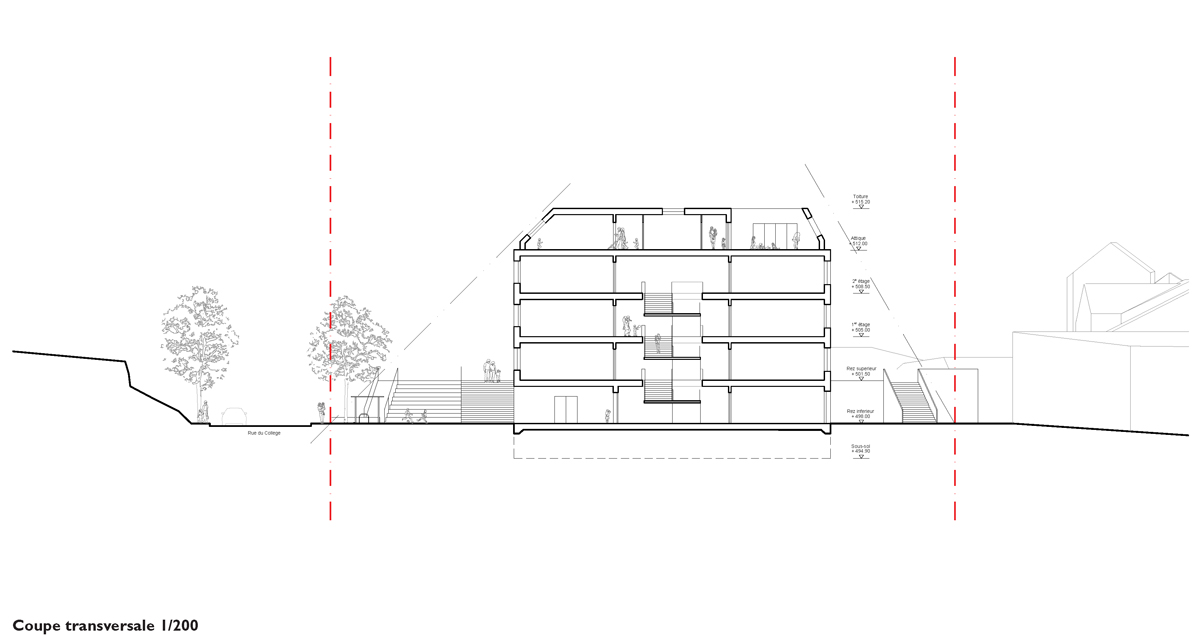 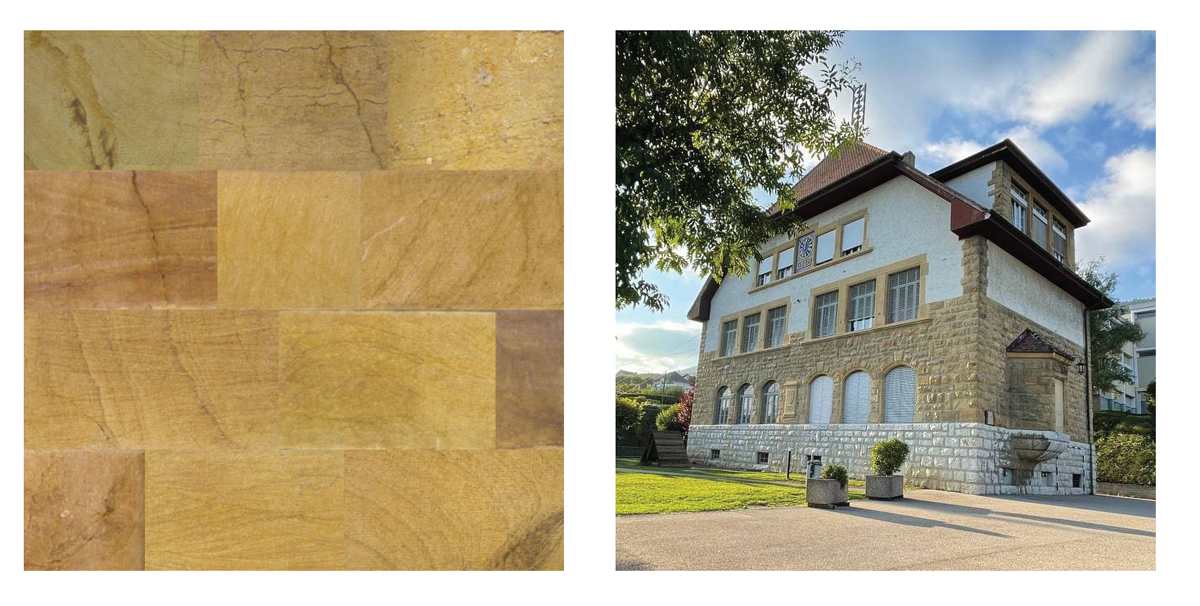 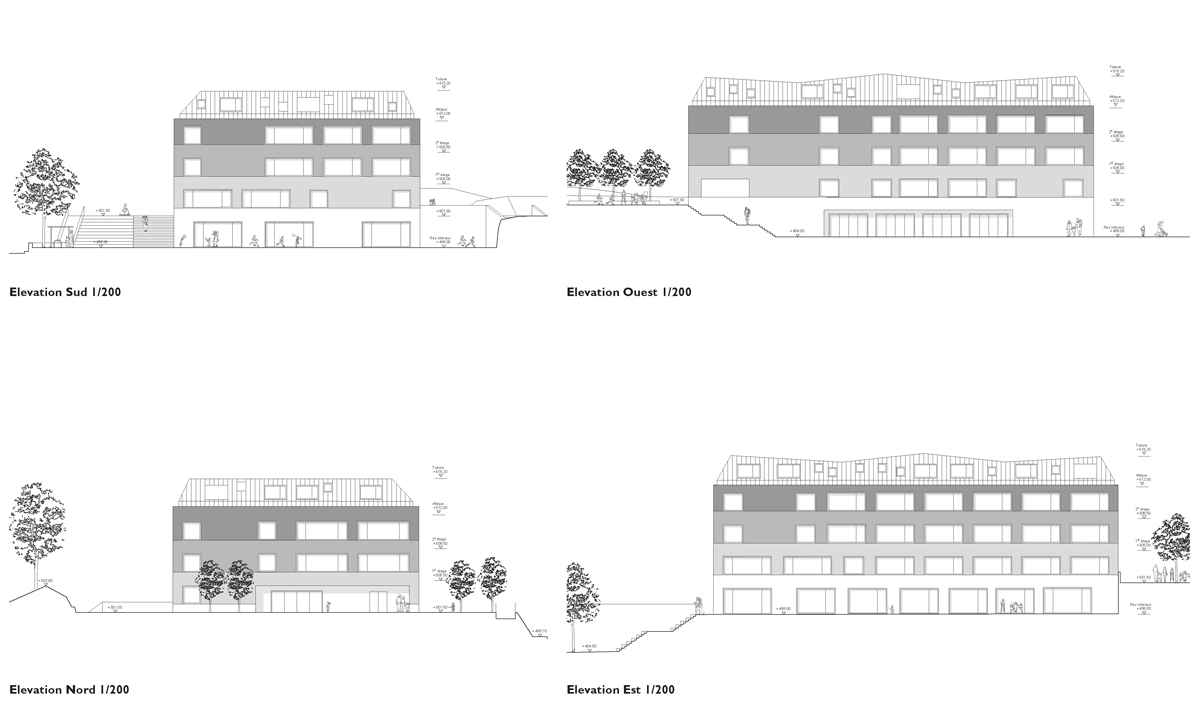 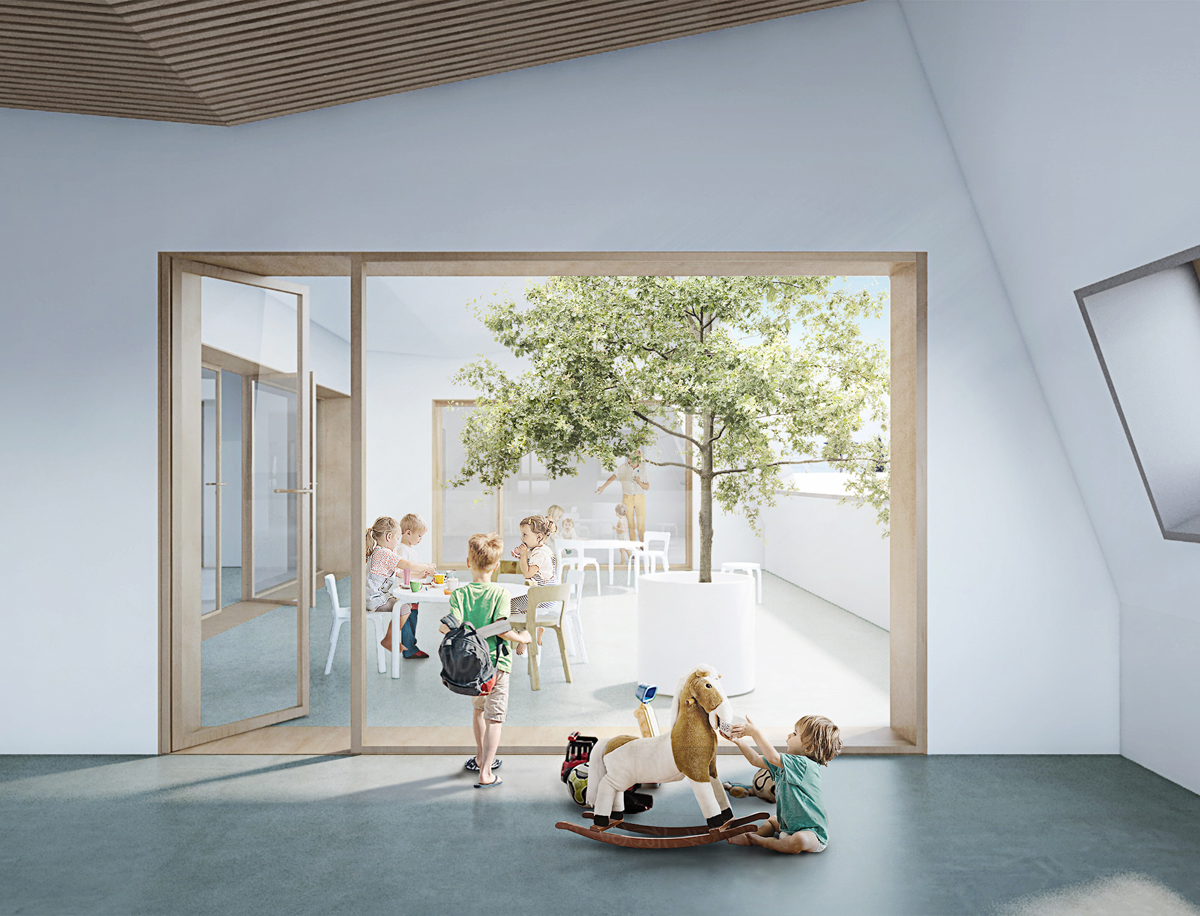 As evidenced by the evolution of the typology of schools for more than a century, education is a discipline which is constantly progressing and which requires a great capacity for adaptation. The teacher has long been represented alone with his students around him. Today this image has changed a lot.

The interaction between students, disciplines, teachers, various specialists, is more and more privileged, just as the classroom is no longer the only place where the student can learn. The “Belvédères” project draws its inspiration from this contemporary movement and offers a building capable of being transformed and adapted in turn into an educational tool, like a teaching belvedere. The space is thought of in a global and broad way. Each space must be able to contribute to the teaching and development of the student.

This desire is expressed on the facade, where it is not a single module that is repeated following the logic of the grid but a system allowing the interior space to accommodate rooms of different sizes depending on their allocation and the age of the children. From then on, the school becomes a laboratory of experiences and knowledge for children in which architecture also has a real role to play thanks to typologies that are no longer only composed of circulation corridors and classes filled with desks. .

In this sense, our “Belvédères” project offers a modulated, flexible or open space, to facilitate exchanges within the establishment and to allow the space to be used according to the activities. To do this, the classes are connected by a large hall which accommodates the double vertical circulation. This common space makes it possible to prioritize sub-places on each floor, like the schoolyard or the agora, with its classes that radiate around it. In order to intensify exchanges and opportunities for discovery both inside and outside the building, the project promotes the stacking of programs with a staircase in its center which plays a central regulating role for the whole students, like

The choice of stacking also makes it possible to take advantage of the site and offer each class a breathtaking view of the lake and the entire coastline. The circulation space is thus oriented in the direction of the lake which projects the student outside and invites him to use the generous spaces of the schoolyard which also offer a wide range of possibilities for the use of different spaces. The structural system emphasizes both the choice of stacking through the expression of the frames on the facades and the strata of colors. This system allows flexibility within the plan in the partitioning of classrooms.